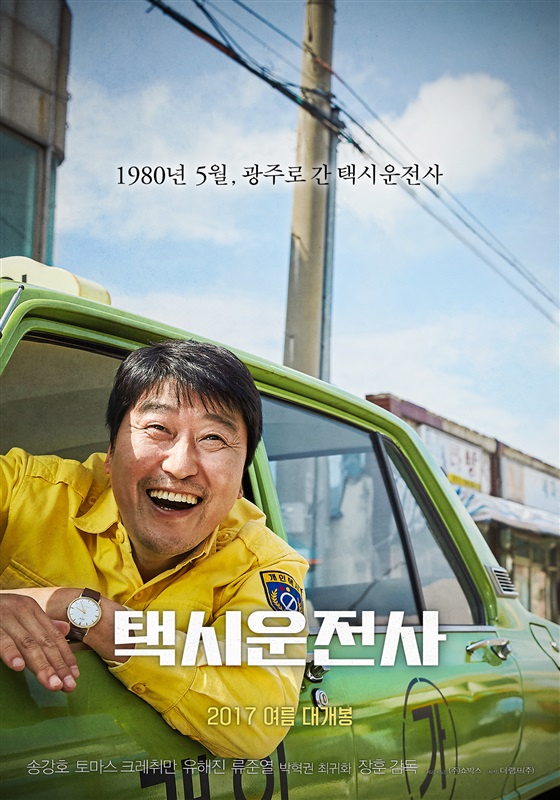 After the military seize power in South Korea, word reaches a German journalist stationed in Japan that there has been a popular uprising in the Southern city of Gwangju but the press have been expelled. He flies to South Korea looking for a scoop.

To get to Gwangju he enlists the services of A Taxi Driver named Kim. Kim is a single father who is barely scraping by and doesn't take much interest in politics, seeing the student protests as a nuisance and a disruption. He is completely unprepared for what they find when they arrive in Gwangju.

A TAXI DRIVER is based on real events, the Gwangju Uprising of 1980, as recorded by the journalist Jürgen Hinzpeter. The actual identity of the taxi driver that took him to Gwangju is unknown, so the character played by Song Kang-Ho is largely fictionalised. He serves as a proxy for the outside world and the viewer, ignorant and disengaged at the start of the film but horrified by what we learn.

I certainly knew nothing of this chapter of South Korea's history, and the film's depiction of military force being deployed against the citizenry is shocking and upsetting. I found my own reactions perfectly mirrored by Song Kang-Ho, in another great performance.

It's tempting to think that this sort of thing doesn't happen anymore, and wouldn't happen here anyway (wherever here happens to be), but looking at recent events in Hong Kong and parts of the USA it's clear that the potential is always there, just beneath the surface.

It seems that the uprising was an important step on South Korea's path to democracy, but had it not been for Hinzpeter getting proof of what was happening there out of the city and onto international news it could well have all been swept under the carpet, written off as dangerous agitators causing trouble.

A TAXI DRIVER is a powerful film - emotionally manipulative, but in pursuit of a worthy cause and very effectively done. The unassuming name and the cheerful image of Song Kang-Ho on the poster are definitely a trap, leaving the viewer as unprepared and vulnerable as the character they portray.

It's a worthy and timely reminder of how precarious democratic rule and civil liberties really are, and how they need to be vigilantly maintained in the face of creeping authoritarianism that would see them taken away.