Directed by
Genre
Solid conclusion to the trilogy 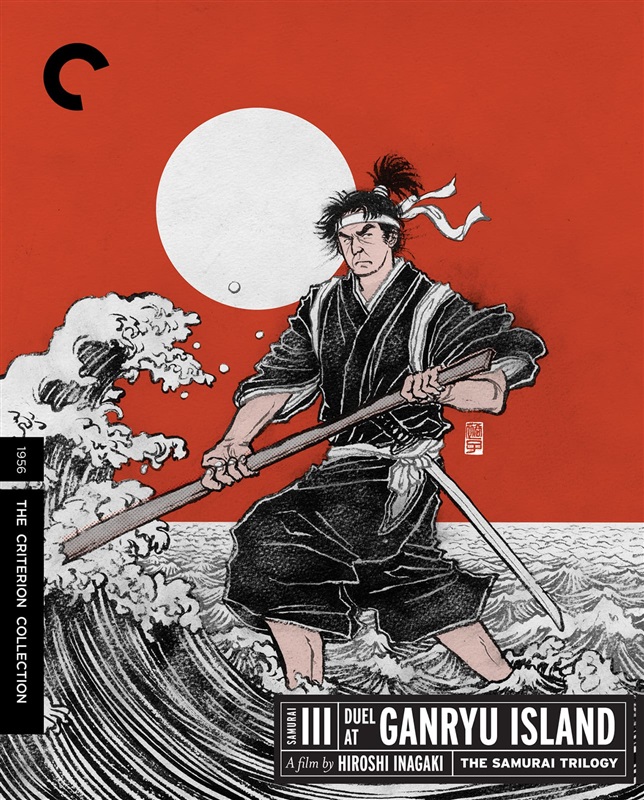 In the third and final instalment of Hiroshi Inagaki's Samurai trilogy, Musashi Miyamoto has perfected his swordsmanship and conquered his pride to become a true Samurai, humble and righteous. He still wanders the land seeking... something, presumably, no doubt it was mentioned... but now he would rather avoid a fight when he can defuse the situation instead.

In contrast, Kojiro Sasaki is more proud than ever and has become bitter that his skills go unrecognised and he remains an unemployed ronin. He longs to duel with Miyamoto to prove that it is in fact he that is the number one swordsman in the land.

The two cross paths and Sasaki demands a duel, but Miyamoto leaves town under cover of darkness, sending a note saying he will return for their duel in a year. In the meantime he takes up residence in a small, quiet village and spends time tilling the land and enjoying a simple life.

Meanwhile, long-suffering Otsu still pines for Miyamoto and follows in his wake, never quite catching up to him, and when Akemi finds herself unable to deal with Sasaki's arrogance she also sets off to track down Musashi Miyamoto and try to win his heart. 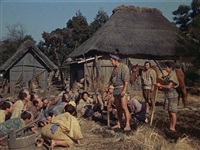 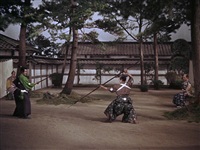 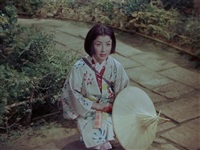 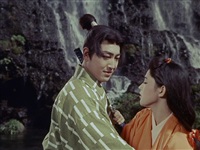 DUEL AT GANRYU ISLAND brings the Musashi Miyamoto story to a satisfactory conclusion, demonstrating the value in the virtues he has learnt from his travels and the wisdom he has gained. It gives Koji Tsuruta an actual reason to be in the film this time, as he is the primary driver of events (unlike his enjoyable but mostly superfluous role in Samurai II: Duel At Ichijoji Temple).

Since Takezo has already learnt most of the lessons he needed to become Musashi Miyamoto there's not much room for his character to develop, but the film has a few final things for him to learn and he is a more complete person by the end. His growth is defined mainly in the contrast with Sasaki, who offers a vision of what Miyamoto could have become if he had failed to learn the lessons of temperance and humility.

Unfortunately Otsu continue to be a rather sorry character in this film, pining and moping and never far from bursting into tears, but Akemi at least regains some of her independence - even if she does still wilt a bit whenever Miyamoto is mentioned. It's a pity the film still doesn't offer the strong female characters found in the first part, but it gives them a little more substance than the second film. 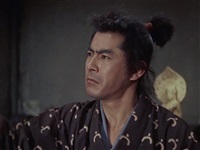 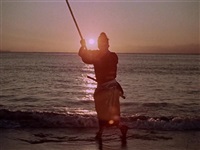 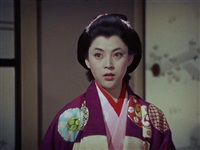 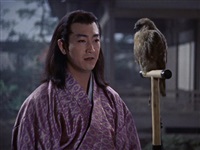 Cinematography continues to be spectacular, with the 4:3 aspect ratio again proving to be far more cinematic than it's usually given credit for in the right hands - and the right places I suppose. Most of the film is shot outdoors in some beautiful locations, but there are a few scenes on sound stages that look fabulous too. 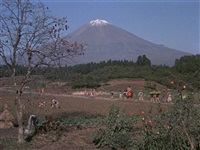 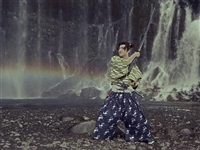 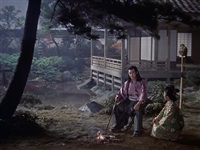 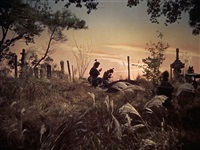 Whilst it's a satisfactory conclusion to the story, the film isn't of the same calibre as Samurai I: Musashi Miyamoto, mostly because the mature and restrained Miyamoto is just not as entertaining a character as his hot-headed former incarnation Takezo, and doesn't offer Toshiro Mifune as much opportunity to shine. Mifune can do gravitas as well as anyone, but he's more fun to watch when he's a bit wild.