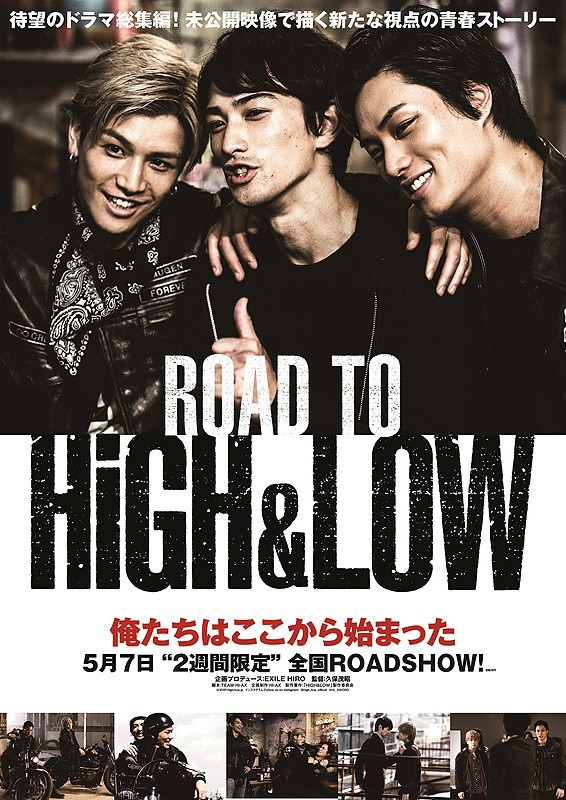 I'd never heard of HIGH & LOW until quite recently, but apparently it's quite a popular franchise in Japan that has spawned two TV series and several spin off films. Not long after I first heard of them Netflix announced that they would be bringing them to the UK. I read that the best place to start was not High & Low: The Movie, which was Netflix's suggestion, but this film.

The "film" essentially introduces the setup for the franchise - an area of Tokyo is divided into five territories, each of which is controlled by one of five gangs: Sannoh Hoodlum Squad, White Rascals, Oya High School, Rude Boys and Daruma Ikka (forming the acronym S.W.O.R.D. which is used to refer to the whole area). It introduces the five groups, each with their own distinct look and theme, but the main focus is on Sannoh group and the trio of youths that founded it.

The HIGH & LOW franchise grew out of a musical collective called EXILE TRIBE, and much of the cast is drawn from the bands associated with it. This film seems unsure whether it should be trying to tell a story or it is just a showcase for the bands and their implausibly handsome/cool members, lurching awkwardly from one mode to the other. 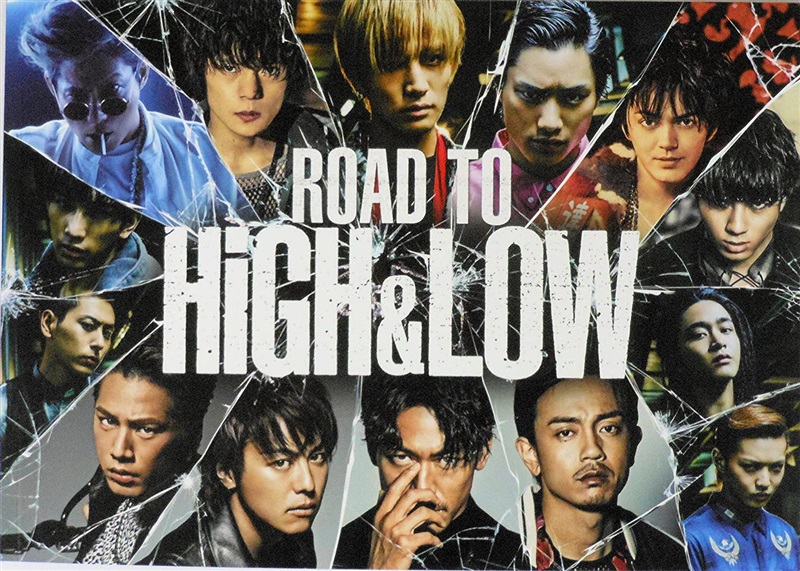 The series is apparently known for its action sequences, and quite a few are included here - it looks like they might be quite impressive, with some dynamic choreography involving large scale brawls and a bit of parkour. Its hard to tell though, as the camera operator seems to have been directed to wave the camera around vaguely in the direction of the action, obscuring much of it. They're also sloppily edited, here at least, and are missing most of the build up that would presumably have led to them in an episode of the series, which probably robs them of impact.

Too much of the film is basically clips playing in the background whilst a narrator tries to summarise an entire episode's worth of content, periodically dropping into a music-video like sequence to introduce gangs, characters or locations, then a bit of an action set piece. When it does take a break to develop the narrative it is usually for some deeply corny male bonding and bromance. Without any prior familiarity with the pretty boys in the cast (and it is almost exclusively boys) it's hard to care.

So, not a fan... but I will give the first film proper a chance as most of the flaws in this one seem like they are a consequence of condensing the content too much, and it looked like the original series was probably pretty cool. Hopefully a movie that was originally written and filmed in that format will be more coherent and focussed.

Presumably a review will magically link itself here if and when I write it.