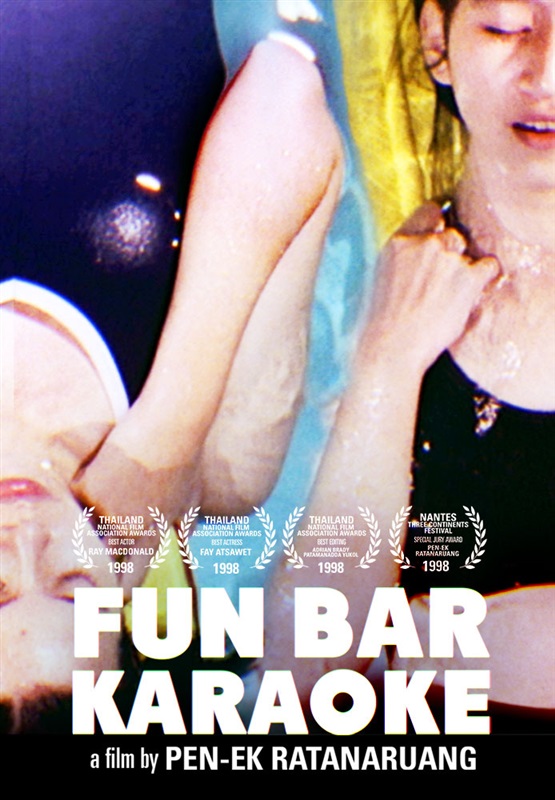 Pu dreams the same dream every night, in which her dead mother is building a model house, one which gets closer to completion each night. A fortune teller tells her this is an omen of impending death, and a card reading predicts that the death will be her father's.

Meanwhile, her father is out drinking every night at a karaoke bar, where he has become smitten with a glamorous hostess named Yok, and her friend Noi is working as a mob hitman to make money for his dream of travelling to New York.

FUN BAR KARAOKE was the debut film of Pen-Ek Ratanaruang, a take on the femme fatale trope told obliquely via its secondary characters. Its stylish cinematography and indirect approach to story telling recall Wong Kar-Wai's then-recent films Chungking Express and Fallen Angels, though with a blessed absence of internal monologues.

The film shifts between the characters' mundane every day lives and the fantasy of their dreams and the seductive fantasy offered by the Karaoke bar or New York and Coca-Cola, blurring the lines between what is real and what is imagined. The theme of seductive dreams and the cost of their pursuit being one the director would return to more effectively in Monrak Transistor a few years later.

As a debut it definitely announces the arrival of a talent to watch, though it would take the director a few more films to really find his own voice.