Directed by
9/10 - Uniquely stylish and cool 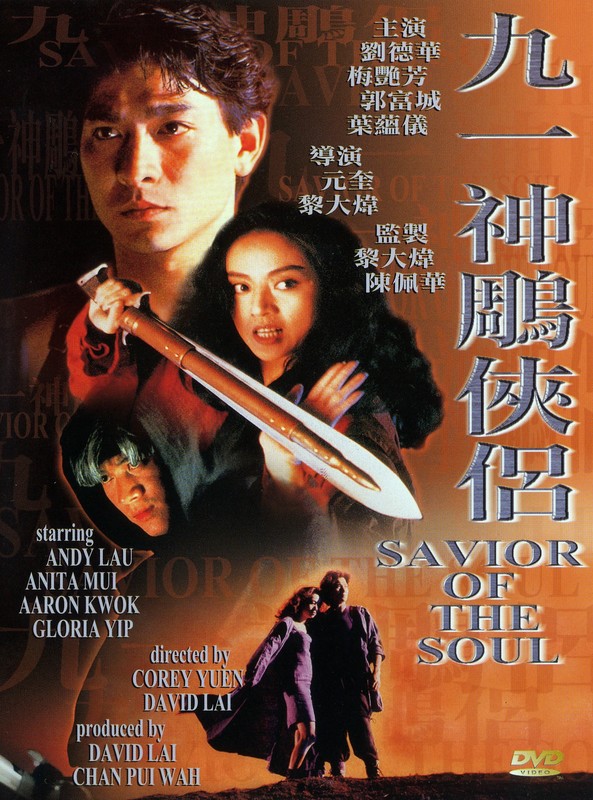 Andy Lau, Kenny Bee and Anita Mui are "city cops" In the 21st century. After Anita captures a notorious criminal. his disciple Silver Fox swears revenge. Anita must leave the ones she loves in order to protect them, even though it hurts them all. But there's no escaping destiny, and a showdown with Silver Fox is inevitable.

SAVIOUR OF THE SOUL was one of the first HK films I saw, and I was completely blown away. Often described as "Manga In Motion", the film definitely has a bit of a comic-book flavour in the design of the characters, the sets and the action. The film is visually stunning, full of luscious colours and cinematography that give the film a dream-like feel.

This is "balanced" by some goofy comedy that at the very least isn't translated into "amusing" by the subtitles, and would have been better left on the editing room floor - though the relish with which Anita plays her own twin sister maybe makes some of the scenes worth having.

The script by Wong Kar-Wai is overall strong, effectively transplanting a tragic-romantic wu xia tale into a science fiction setting. It's the super-stylish visuals and some great action choreography that really make the film a classic though.

The action scenes in the film are a thing of real beauty - lots of silk and wires, and judicious use of slomo to give a dreamlike file to them. There are some quite nice special effects, given the time and place it was made.

This is a film that's long overdue a remastered DVD - ideally with freshly translated English subtitles that might clarify some of the less comprehensible plot details, and maybe even make some of the jokes funny! Without them, I can't quite give the film the perfect score that the cinematography alone comes close to justifying.