Directed by
Genre
lacks that 'certain something' 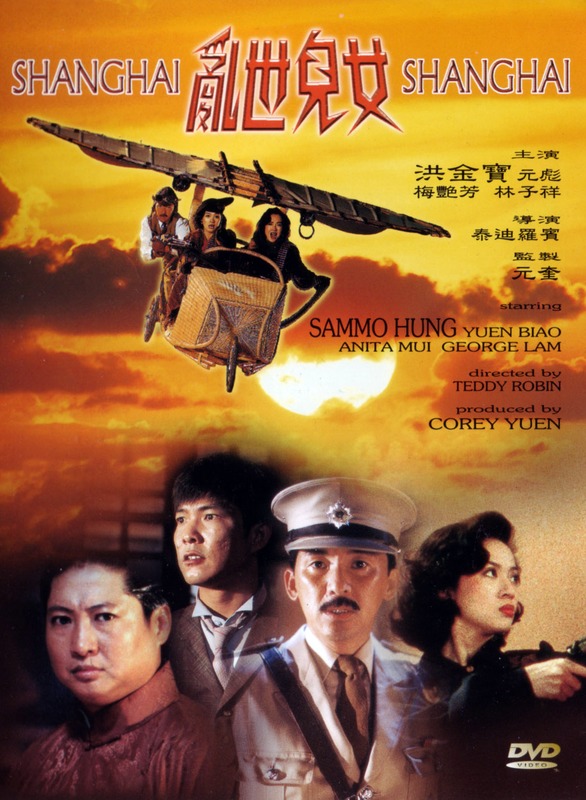 A circus troupe arrive in British-occupied Shanghai looking to make their fortune. Troupe member Little Tiger (Yuen Biao) goes to find his brother Big Tiger (George Lam), who is working as a soldier. Big Tiger is given an assignment to protect the god-daughter (Anita Mui) of Shanghai's top crime lord (Sammo Hung), who has a bit of the old revolutionary zeal.

It wouldn't take too much to transform the plot of SHANGHAI SHANGHAI into that of PEKING OPERA BLUES (well, apart from the time travel required if you insisted on doing it literally, and that's as good a touchstone as any for the sort of film BoHo made... actually FORTUNE CODE is a little better). It's an action-adventure-romance with pre-war Shanghai as a backdrop (you could be forgiven for thinking that was the only period in which Shanghai existed if cinema was your only teacher). It has a fair quota of star power, with Anita Mui being particularly captivating here, and high production values. There's some top drawer action (Anita Mui being particularly devastating here) and there's rarely a dull moment... so why isn't the film more highly regarded?

The answer is probably because the story is not all that interesting, and never quite brings together the different characters and threads in a satisfying way so you don't get the kind of emotional involvement or impact that Peking Opera Blues generates... although you like the characters in principle, you don't really care for them, so you feel more like a neutral observer of events than an interested party. It doesn't help that the soundtrack (composed by director Teddy Robin) is a bit weak and cheap-sounding.

With a better script and/or direction, SHANGHAI SHANGHAI could have been a great film, but it lacks that 'certain something' that would make it more involving and more memorable. I liked it enough whilst I was watching it, but by tomorrow I suspect I'll be struggling to remember what it was I watched.