Directed by
4/10 - Cliched and redundant 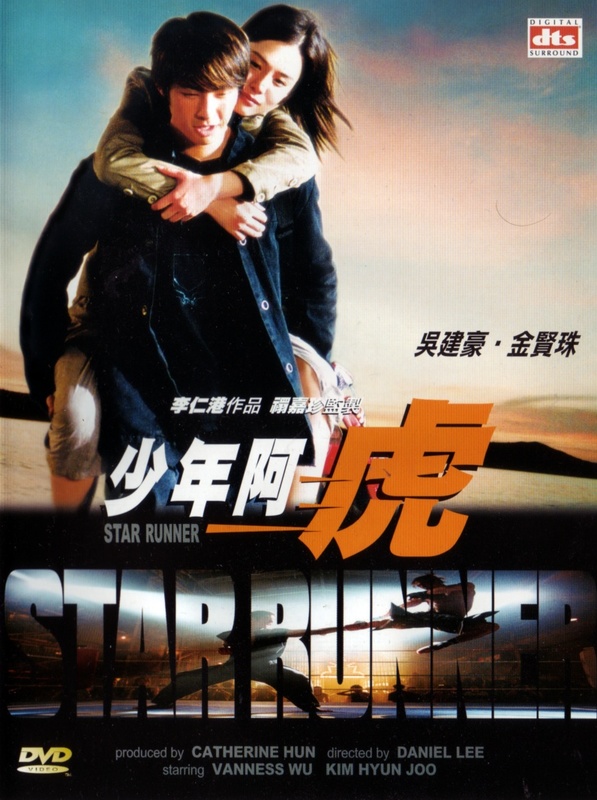 I was just going to dig out my review of Xanda and edit a few sentences, since the films have so much in common. To be fair though, STAR RUNNER is quite a lot better than XANDA. Which is to say that it's not quite as unpleasant as having your fingernails torn off by a wild horse.

New rule: Hong Kong is not allowed to produce another modern day "tournament film" for the next 10 years

And they are never ever ever allowed to try to intertwine a love story and a tournament film again. Ever!

STAR RUNNER is really a film of two halves, neither of which mesh together at all and as such it's really just two half-developed films. I'm going to disagree with some reviewers and say that it's the first half of the film that almost works though, the love story between bad boy Bond and really too gorgeous to be true... err, well, not Vanessa Wu as I thought whilst watching the film apparently (Lucky I didn't get it tattooed on my body!) It's really not a great love story by any measure, being almost completely random as to why the two fall for each other, and not really having any particular depth or purpose, but I did at least find the scenes somewhat enjoyable to watch, possibly because actress Kim Hyun Joo (I looked at the box ) is really very very attractive.

Whilst this is going on we get occasional information about Bond's desire to enter the "Star Runner" pan-asia martial arts tournament to test the kickboxing he's been learning from Gordon Liu, but at the last minute Gordon replaces him with some other guy, and he becomes very unhappy. Fortunately, alcoholic ex-boxer Max Mok decides he can help, and can even get him entered in the Star Runner tournament somehow, and can even get Ti Lung and a Catholic priest to teach him CHINESE KUNG FU! All of which will make his grandpa David Chiang very happy, if he ever wakes up, I'm sure.

Once the film decides it's had enough of the love story thing it shifts into full-on Rocky mode for the last half, and oh my god could they possibly have squeezed more cliche's into the film? It's so derivitive it's like watching left-overs from every boxing/tournament film ever made, and really the only possible purpose for its existence seems to be to bring a bunch of old martial arts stars out of retirement for a while.

Anyway, Bond learns kung fu in a couple of weeks, enters the tournament, gets to the final against the nasty Tank (Andy On, who is vastly more charismatic as a tough bad guy than in the lead roles he's tried so far) and gets beaten down and... well, who cares if he comes back up by this point? The film has really lost any interest in telling a meaningful story by here as far as I can tell, and it's just far too by-the-books.

But at least there's a lot of fighting, and some of it's alright, but again they've been overcome by the urge to use all sorts of close up cameras and snappy editing to make the scenes more "exciting". Not as disastrously as in Xanda, but it still makes you wish they'd just glued the camera in a corner and concentrated on the fighters instead.

Anyway, the message of the story is... I don't have a clue, to be quite frank. Fighting is cool? Fighting is stupid? Korean girls are hot? Ti Lung can still kick ass at whatever age he is? (unlike David Chiang, who is confined to his bed for the whole film)

Sad to say, I wish they'd just concentrated on the love story, 'cause the fighting point was just so cliched and dumb it was redundant. It still wouldn't have been a good love story if they'd dropped the Rocky, but at least I wouldn't have felt compelled to watch it just in case.