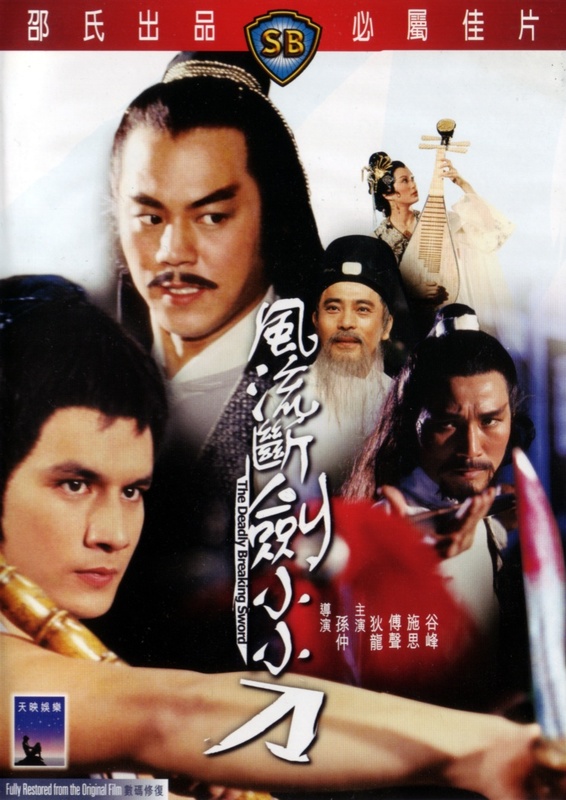 The film is an interesting mix of the classic wu xia pian and the kung fu comedy that was rapidly replacing it, with the casting of Ti Lung and Fu Sheng as dual leads clearly representing the two styles of films with which they were strongly identified. It could be seen as a "handing over the baton" film, with the older generation making way for the new, but they might not have seen it that way at the time :p

To me, the older generation still owned the film - Ti Lung and Ku Feng showing that touch of class that Fu Sheng never had, and Shih Szu giving a surprisingly good performance (where she actually expressed emotions other than stubborn anger without looking ridiculous - I guess she matured into her profession). Fu Sheng was kind of annoying, but I find that to be the case more often than not, so I'm sure his fans would enjoy his performance here.

The film has a pretty strong story with well developed characters and a few twists, but nothing too surprising or difficult to follow (just enough to keep it interesting). Production values are typically high, with some particularly nice camera work in places.

Fight scenes are a little bit disappointing, not quite keeping up with the times in terms of speed & fluidity, though I mostly preferred Ti Lung's sword based fight scenes to Fu Sheng's more comedic kung fu so perhaps that's for the best :p

The choreography was still very slow and dated compared to the work that Lau Kar-Leung, Sammo Hung etc were doing at the time though, but my enjoyment of them may have been hindered by a particularly poor audio remix on the remastered DVD from IVL.

Overall, an enjoyable film that stands out from the crowd because of the interesting blend of old & new, but still probably only of interest to fans of the genre(s) or the leads.