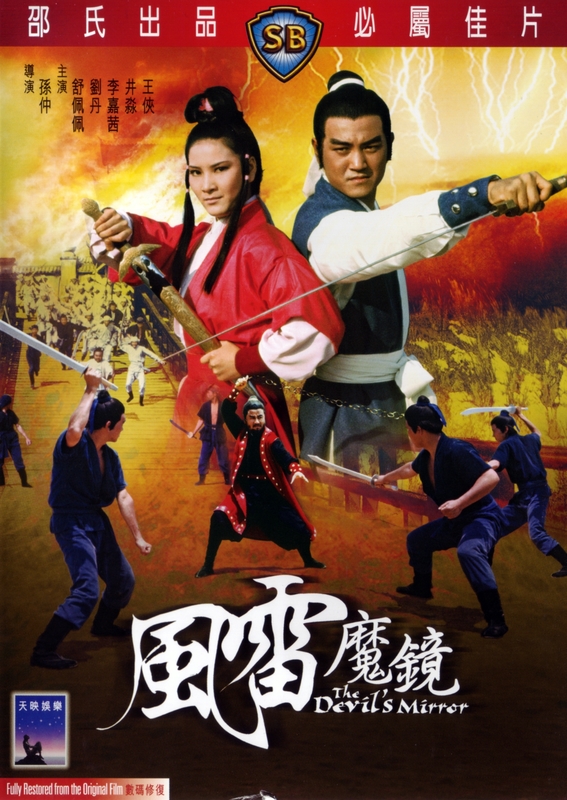 Not sure why Celestial Pictures decided to save the bulk of Sun Chung's martial arts output for so late in the remastering/release schedule, since it turns out he was one of the more interesting and important directors in the field. In particular, it seems like it would have made sense to release his debut film as director, a charmingly violent swordplay film with some very progressive action choreography, rather sooner. Having seen so many of these things over the past 4 years it's hard to fully put them in context now, but I think it's fair to say that the ferocity and bloodiness of the action was quite notable, as was the sometimes impressive use of wirework and the macabre sets.

The plot is fairly straightforward - Jiuxuan Witch seeks a pair of mirrors that will give her dominance over the martial world, and doesn't particularly care who her Bloody Ghouls Clan has to kill to get them. All the better if she can get a traitor to set two righteous clans against each other though.