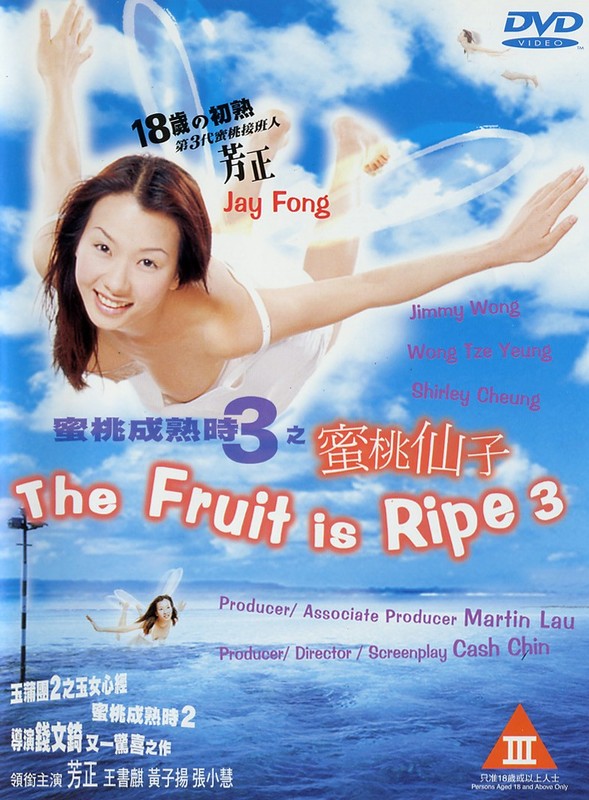 "Peach is a stupid cupid", according to the box. A great job title if ever I heard one, and my new ambition.

Actually she is a new angel sent down to earth (naked, obviously) to help a chap called Urchin sort out his love life. Urchin's love life problem is basically that he's never had the nerve to say "I Love You" to childhood sweetheart Wei, who is now married to his other childhood friend Ronald anyway. We find that Wei is unhappy with Ronald, and Peach tries to encourage Urchin to make something of himself and take her away from him. But can she resist getting too personally involved in the case?

The characters turn out to be richer & better developed than might be expected (except Peach herself, who is mostly just whiny and annoying), but it's mostly just an excuse to get Jay Fong and the very beautiful Shirley Cheung to take their clothes off and let strangers touch them in quite intimate places. I've never quite understood why people who would usually try to have you arrested if you did that somehow think it's OK when you have a camera.

It's actually quite an enjoyable movie, though the secondary characters (Ronald & Wei) prove much more interesting than Peach & Urchin, and it isn't as good a story (or as steamy sex) as in The Fruit Is Swelling.