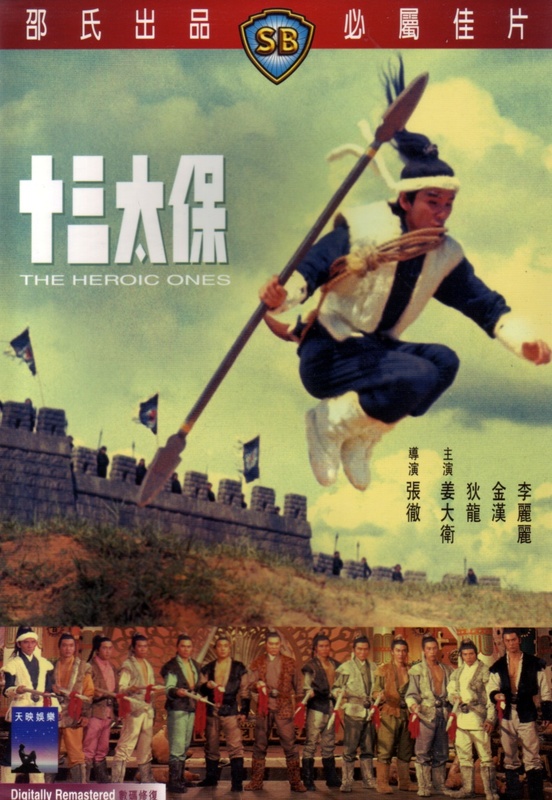 My first Celestial/IVL Shaw Brothers movie experience was the first movie they have released by legendary director Chang Cheh. The Heroic Ones is a swordplay epic about a Mongol king who has 13 generals who are all his sons or godsons and all kung fu masters. It's set in a turbulent part of history, and there is much intrigue and battle in which the 13 generals get involved.

The plot for The Heroic Ones is probably quite simple if somebody who understands it were to just sit down and explain it to you. It's quite hard to follow in the movie itself though, and I didn't have much of a clue what was going on in many parts. The fact there are so many characters is a large part of the problem, and I don't think the less than stellar subtitles on the DVD helped.

What it all boils down to is basically a whole bunch of fighting though, and the budget of the production shows with hundreds of extras charging around slaughtering each other for the camera. The action looks very dated by modern standards ("I wave my sword in your general direction and you somersault away from me" style), but features lots of blood and an enormous body count.

I didn't realise quite how old the movie was whilst I was watching it - I guessed it was late 70's, which turns out to have been quite far out. If I'd known it was from 1970 I would probably have appreciated it a bit more than I did.

As it was, my overall impression of the movie was not terribly high. The fact it was so difficult to follow was the biggest problem (this is only a problem with the first 40% or so though), and the fact that the action looked so fake was the second biggest.

I do admire Chang Cheh and Shaw Brothers for putting together a production like this in 1970, but I wouldn't recommend this movie to somebody that was not already a Shaw Brothers fan. Marginal recommendation for those who are.