Directed by
Original and impressive 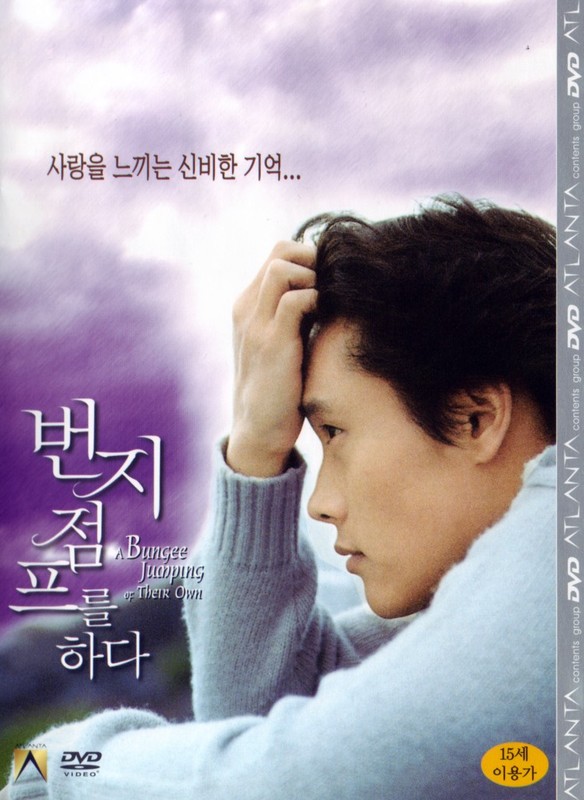 A hot chick meets a cute guy at a bus stop, and they fall in love just like that. 17 years later, the cute guy is a teacher. Gradually, we learn more about what happened 17 years ago (thanks to some flashbacks), as events take a surprising turn in the present.

"Bungee Jumping Of Their Own" has to be one of the strangest movie titles of all time, and doesn't make the slightest bit of sense until the very end of the film. Extreme sports fans, I'm sorry to report than Bungee Jumping is *not* a major part of the film. Also, despite the sappy dvd cover that put me off watching the film for ages, it's not some kind of girly love story either. Yes, it is a love story, but a strange and interesting one.

It's not often I stoop to watch a drama, especially a love story, but I'll generally make an exception for Korean films as they are so often very well done, with an intelligence and depth that you are unlikely to find in Hollywood or Hong Kong for instance. Bungee is no My Sassy Girl, but it's a fine piece of film-making. The production values are excellent - beautiful cinematography and soundtrack and well written script, but the big stand-out is the quality of the acting. I don't think I recognised any of the actors, but they all gave superb performances full of depth and emotion.

I'm in a phase at the moment where I'm kind of bored of cinema - seen so many movies they all kind of blur together and few films leave lasting impressions. Bungee Jumping Of Their Own stands out because of the unexpected places it goes, the intelligence and the technical virtues, and will certainly stick in my mind for a while. I'd expected to put it up for trade once I'd seen it, but it's definitely a keeper