Directed by
Genre
Loses a lot in the translation 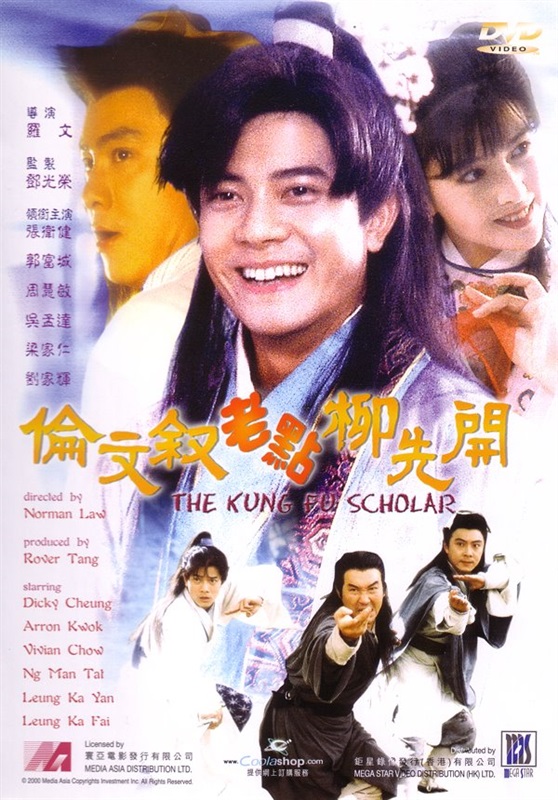 The problem with Stephen Chiau period kung fu comedies is that when you're watching one without him, you can't help thinking how much better it would be with him. Stephen Chiau does not appear in "The Kung Fu Scholar", though Ng Man-Tat does appear in an attempt to divert our attention from that fact.

Actually, "The Kung Fu Scholars" would be a more appropriate title, as both Dicky Cheung and Aaron Kwok play scholars who know a little kung fu, and neither really has a bigger role than the other. The bulk of the movie is concerned with the the two lads joining a loser-school and taking courses in pratting about whilst half-heartedly courting Vivian Chow, in a comedy manner. There's a lot of "battles of wit" based around Cantonese wordplay, which are completely lost in the DVD subtitling. The subtitlers either go for literal translations of the words, which suggest what the puns are but make no English sense, or try to convey the meaning of the words - in which case the result is not a pun, nor funny. I suspect it wouldn't have been a whole lot funnier if I understood more Cantonese though, really.

The scholarly plot rides alongside and almost touches a brief subplot where Leung Kar-Yan is a kung fu master on the run to protect some prince, who ends up teaching at the school. Nasty Gordon Liu is on his tail, and when they catch up with each other they naturally fight. The fight scenes are the movie's saving grace to an extent, featuring some pretty decent wire-fu. They can't really mask the fact that the two young stars don't really have any kung fu though, and that the two older stars hadn't been keeping themselves in shape too well by the 90's. Still some decent stuff though.

The movie's a fairly dumb affair and certainly not A-grade for the genre, but it's watchable and sometimes entertaining.