Directed by
Genre
Stupid but entertaining 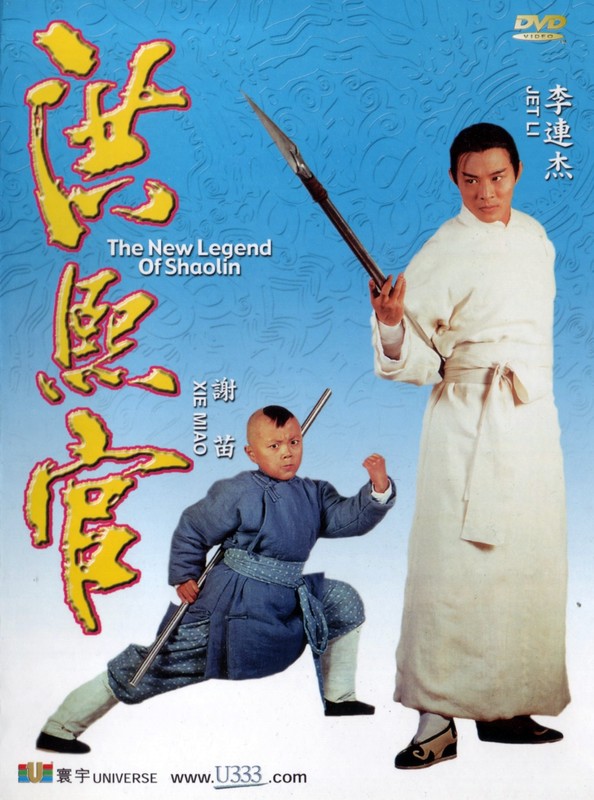 One of Jet Li's last period wuxia movies in Hong Kong, directed by Wong Jing and loosely based on the manga LONE WOLF & CUB. Jet is the Shaolin graduate whose family is killed by government forces, except for his son. He trains his son in Kung Fu and sets off on some vague mission of vengeance or survival or something.

Meanwhile, the abbots of Shaolin Temple tattoo a treasure map across the backs of 5 very young students, who are sent out the back exit just before the temple is raided and destroyed by government forces. Meanwhile again, Chingmy Yau and her mother are notorious thieves who manage to trick their way into the household of plump but rich egotist Tiger Lui, with intent to steal. All these disparate groups somehow end up together in the household, and the story focusses on the dynamics between them - until the government forces turn up looking for the map, and it's time for big fighting.

The movie has a lot thrown into it - between Wong Jing's hyperactivity and action director Corey Yuen's creativity, there's any number of curious and fascinating scenes throughout. Both Wong Jing & Corey Yuen share Ching Siu-Tung's weakness of not being detail men though, so execution doesn't always live up to imagination. They do a pretty good job of it for the most part though!

Jet plays his role very straight... serious to the point of grimness in fact, as appropriate to his character. He still lets the more human side show through though, mainly when it's brought out by Chingmy Yau. The movie has a few fairly serious moments, but for the most part it's pretty daft with lots of farcical humour. Sometimes you want to cringe, but sometimes it's genuinely funny.

The movie is mostly stolen by the young kid who plays Jet's son. God knows how old he is, but he's really quite tiny - and shows quite remarkable kung fu and decent acting ability for his size. Wonder where he is now...

Decent movie, a little uneven and not always as well executed as it might have been with more budget and time, but very creative and fun.

This is actually a great film, a classic Wong Jing mashup of genres and influences and over the top action. Little Xie Miao is incredible, Deannie Yip is hilarious and Chingmy Yau has never looked more stunning. Wong Jing knows what we want to see, and it's a shame the world will probably never see this sort of goofy irreverent madcap fun being made again.

After a break from the industry to I dunno, grow up I or something, Xie Miao started appearing in films again in the 2010's. The only one I've seen so far was THE THOUSAND FACES OF DUNJIA which was terrible, but certainly not in a way that he can be blamed for.