Directed by
Genre
You love, you lose 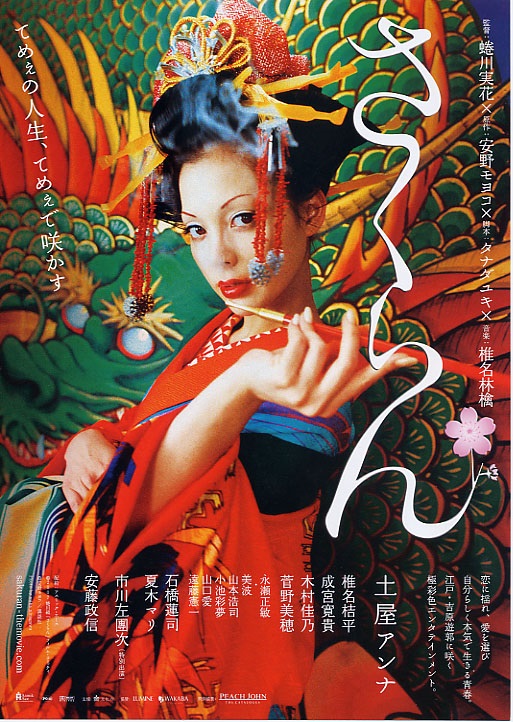 A young girl is sold to the proprietors of an Edo period bordello by her mother. As a tough and contrarian child she refuses to cooperate, dreaming only of escape, but then she falls for the old "I bet you couldn't become a popular and successful prostitute if you tried" gambit and redirects her energies into mastering the skills of an oiran, the most desirable and bankable courtesan of the house.

At the age of 17 she makes her debut and quickly draws the attention of the customers, but she still refuses to comply with the demands of the business and would rather spend her time with a poor but kind (and young) customer than a wealthy (and old) customer who doesn't make her smile.

The debut film of fashion photographer Mika Ninagawa is a colourful, visually striking adaptation of a manga whose name SAKURAN apparently means "derangement", though the repeated imagery of cherry blossom trees suggests that it is meant to recall the word "sakura" as well. There are two metaphors to which the film repeatedly returns - one is a cherry blossom tree (sakura) which is unable to blossom in the walled garden of the bordello and the other is goldfish in a bowl, beautiful in their environment but unable to survive when taken out of it.

The adult Kiyoha is played by Anna Tsuchiya in a manner not dissimilar to her breakout role as a rebellious and uncouth tomboy in KAMIKAZE GIRLS, though here she is capable of adopting the seductive guile of a courtesan when required - almost subconsciously, since she has been surrounded by it from such an early age. 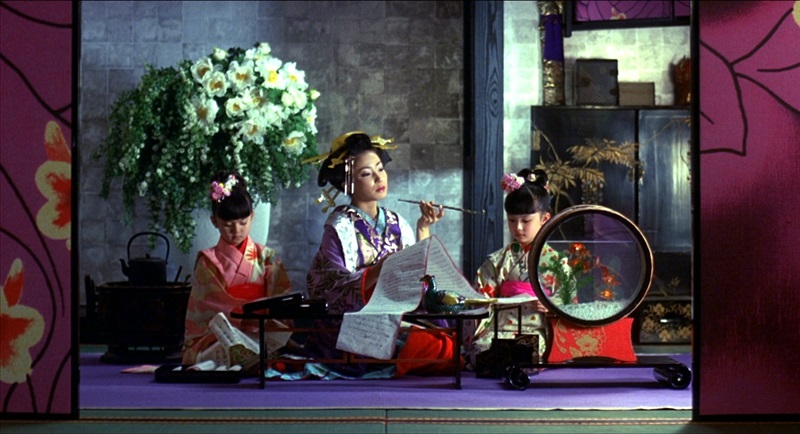 Her swift rise to the top oiran of the house naturally rouses jealousy amongst her peers, many of whom have worked hard for years with far less success, but Kiyoha has little regard for wealth or status and yearns only to be free.

There is something unsettling about the way Kiyoha casually disregards the success and material comfort that comes to her so easily but which her peers find so elusive, and it does not make her a particularly likeable or sympathetic character. Her desire for freedom and a sincere love sound like high ideals but actually come across as selfish, as she shows little concern for the hurt she might cause others in their pursuit.

Her attitude does come to seem like a derangement, a self-destructive streak that sees her miserable and morose despite being offered every opportunity to elevate her situation. But is she the goldfish that cannot survive outside her bowl, or the cherry tree in a walled garden that cannot blossom inside it?

Unfortunately these metaphors are all SAKURAN really offers by way of exploring the life of an oiran. The sumptuous costumes and opulent sets are sometimes breath-taking, but underneath the striking visuals there doesn't seem to be an awful lot of substance - maybe that's a metaphor in its own right, but it meant that I found my attention wandering on several occasions.

I've never actually seen it but SAKURAN is basically what I imagined MEMOIRS OF A GEISHA to be like - except actually Japanese, obviously, and written and directed by women. Memoirs would still have been a fresh memory at the time this was made, and perhaps this was a deliberate response - perhaps the casting of mixed race Tsuchiya in the lead and the anachronistic soundtrack are even digs at Hollywood's inauthentic portrayal of Japanese culture. Probably not, though. 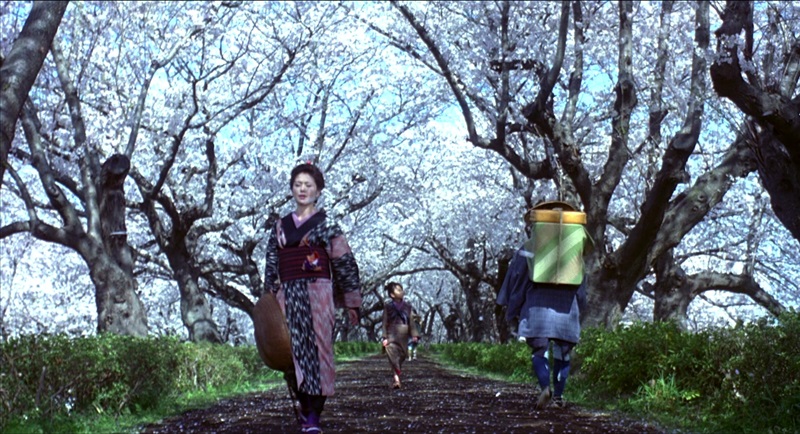 Having enjoyed Helter Skelter so much I was really looking forward to seeing Mika Ninagawa's debut, but apart from the visual splendour I didn't find this earlier film shared many of its qualities. Like Lilico in HELTER SKELTER, Kiyoha isn't meant to be a character we like, particularly, but she doesn't have the depth and multi-dimensionality that make Lilico so fascinating. We come to understand why Lilico is the way she is, and ultimately sympathise, but Kiyoha just seems to be pig-headed and is the main cause of most of her misery.

Others will of course perceive the film differently, and may find its central character more sympathetic and its story more relatable. I'm not a romantic.

For me the film is actually at its most interesting when it looks at the daily lives of those who work in the bordello district but who aren't star oiran - the more homely and humble girls who are just doing a job to get by, for whom the idea of a high romance is just an amusing joke they might tell each other, or the other staff who keep the business running - including the children being groomed to become the next generation of courtesans.

Sadly most of of the film isn't that, as Kiyoha is centre stage for the vast majority of the runtime.