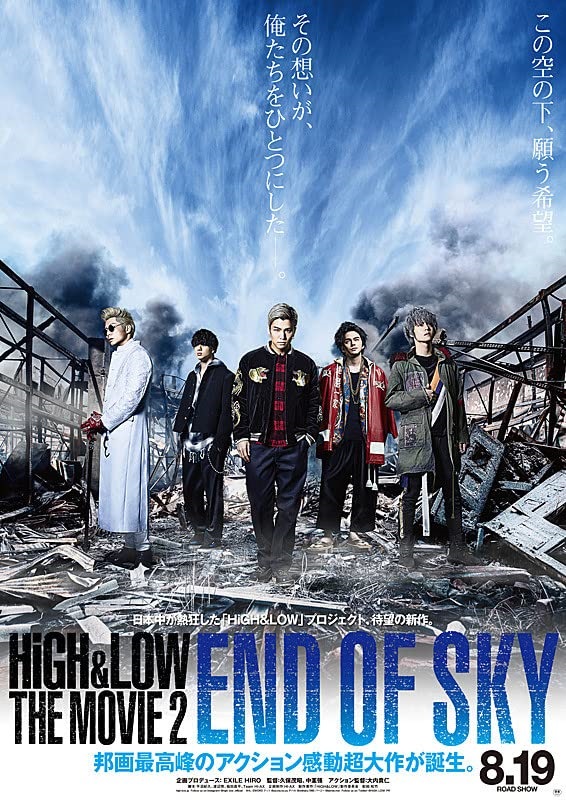 The S.W.O.R.D. district is once again under threat from aggressors as the Kuryu Yakuza try to take over their turf, but can the five gangs that make up S.W.O.R.D. put aside their differences to protect the region from external threats?

HIGH & LOW 2 picks up the tale a short while after the events of High & Low: The Movie, giving the characters a little time to recuperate before throwing in yet more factions of super-cool tough guys to disrupt the peace, as well as bringing back most of the parties from the previous movie.

Not much has changed, the film still spends most of its time finding ways to make its swaggering and snarling cast look cool, but this sequel does manage to find its own voice a bit more. It does begin with a 10 minute recap of previous events, but after that it manages to resist the urge to flashback to the series or previous movie, or itself, every five minutes.

The film does still feel a little like a TV show at times despite the reasonably high production values, something about the way it's shot and structured makes director Shigeaki Kubo's past in television come through. 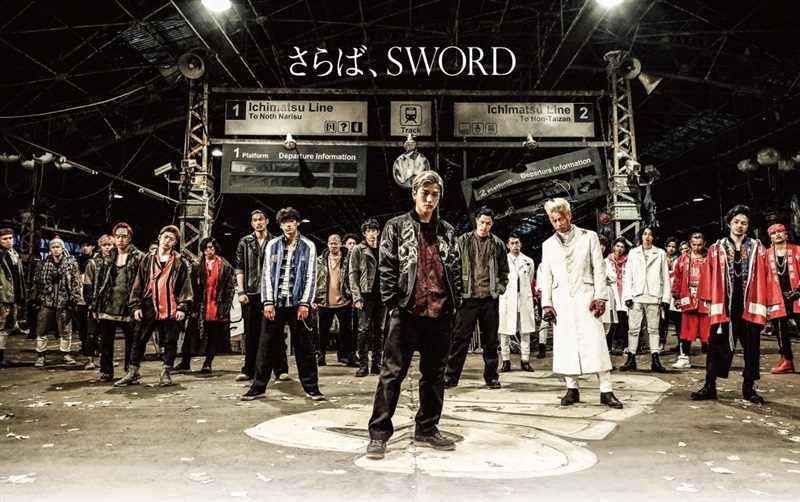 As with the previous film, unless you are a fan of the various boy bands that comprise EXILE TRIBE and actually do want to see them preening and posing for 2 hours, the film's main attraction is its action sequences. There are two major scenes in the film, one a car/motorbike chase/fight that is really rather spectactular, in a ridiculously over the top way, and is quite well put together. The other is a mass brawl that closes the film, reminiscent of the mass brawl that closed the previous film. This time the scale is even larger, the stunt work is at least is intricately choreographed, and the long shots with drone cameras are at least as impressively staged. It's clear a lot of time and effort went into the action, and the results are definitely some of the best and most interesting action to come from Japan.

Goro Kishitani is a welcome addition to the cast, as a snarling Yakuza family head - his ugly mug really does emphasise the unlikeliness of all the pretty boys in S.W.O.R.D. being tough fighters (even if they do actually seem to do many of their own stunts). Naoki Kobayashi is another great addition as the outrageously bad ass Yakuza captain who fights like he's a sub-boss in a classic Hong Kong movie.

Masataka Kubota was conspicuous in his almost absence from the film, he appears briefly in two scenes, which were probably shot in half an hour - I guess he had schedule conflicts. The previews in the end credits suggest he plays a major role in the third film though.

Of the three films in the series I've watched so far this one definitely annoyed me the least, and the action payoff definitely made all the machismo and bro-bonding easier to sit through.