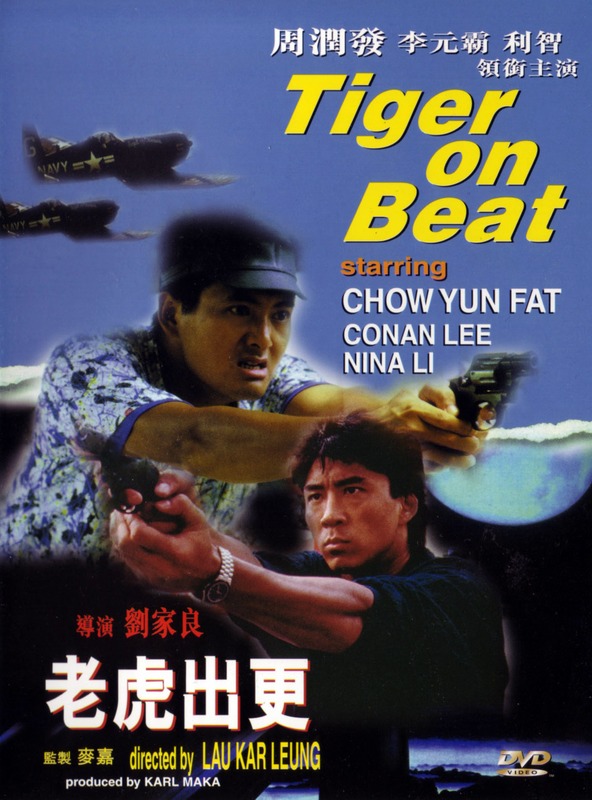 It's Lethal Weapon in Hong Kong, or a love story in which we learn that the way to a woman's heart is to get her brother killed, show no sympathy for it, then violently kick the crap out of her. Works every time, I tell ya... though you may not get to enjoy the fruits of your seduction for very long.

TIGER ON THE BEAT is a comedy film, and a Hong Kong film, so it is perhaps pointless to raise objections such as "if real cops acted like these two they'd be off the force within 10 minutes"... hell, real villains probably wouldn't last very long acting like the villains of this piece, either. It doesn't really matter, it's just entertainment, right?

TIGER ON THE BEAT was a novel venture for director Lau Kar-Leung, known for his traditional martial arts movies - a genre in which he was the acknowledged master, but for which audiences had apparently lost their appetite. In the interests of career revival, a host of talents unite under his banner for this action-comedy, which features some splendidly over the top violence (some of the worst inexplicably directed at Nina Li) and a great screwball performance from Chow Yun-Fat as a slacker cop partnered with muscle-from-ear-to-ear Conan Lee. Kicking ass and cracking wise, the pair manage to bungle an investigation into a drug-smuggling operation so badly that they shut it down, principally because everybody involved in it, even tangentially, ends up dead. Crime solving, Hong-Kong style.

Whilst it lacks the intellectual delights of better films in the genre, TIGER ON THE BEAT is carried along on its enthusiastic action scenes and Chow's off-beat charisma. Whilst not a highlight of Master Lau's filmography, it offers enough fun and frolics to entertain, in a sugary beverage sort of way.