Directed by
Genre
A darker side of love story 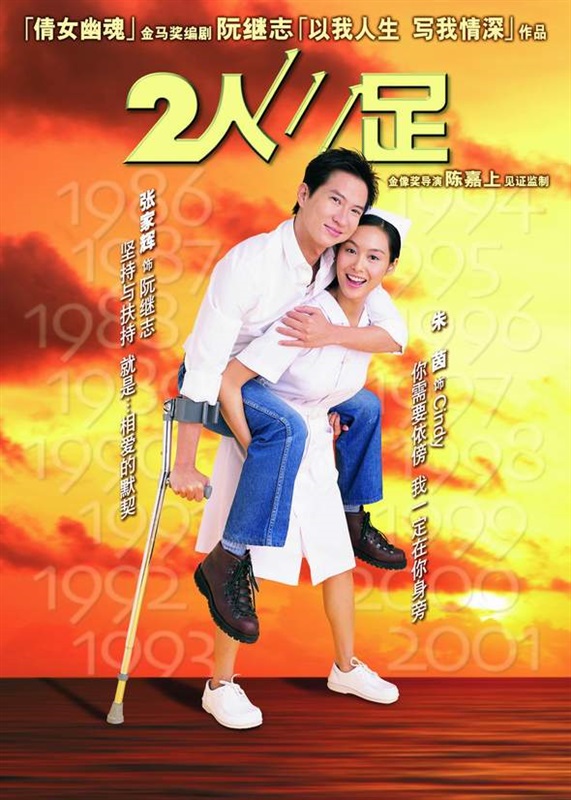 I hate love stories - I really do - especially ones about the difficulties that beautiful people have getting each other in the sack, etc. I can spare a little more time for a movie that throws in a little bit more flavour like crippling accidents and the bitterness and self-pity that can arise after them, though.

TIME 4 HOPE is the autobiographical story of writer Yuen Kai-Chi, who was flying high in the movie industry in the eighties after his script for A Chinese Ghost Story won best script award, until he was in a car crash that left him comatose for two months and permanently paralysed down one side. Mainly, it's about the romance that developed between him and the nurse that helped him recuperate.

Writing yourself as a character must be a difficult task, and in the "Prologue" phase of the movie, Yuen Kai-Chi comes across very heavy handed in the way he tries to paint a picture of what he was like before the accident. His post-accident persona is more measured and convincing though, and obviously gives a better representation of the mind set of somebody in his position than a writer who hadn't lived through the experience could produce. Both pre & post accident, however, he comes across as quite unlikeable. If that was his intention, then it must be said that casting Nick Cheung to play himself was a stroke of genius :D.

Nick is still probably the worst actor in Hong Kong, but at least he's not actively annoying when he isn't trying to be "funny". The character of nurse Cindy is written in a much more positive light, with a clear affection and love - even if she is not always angelic. Casting Athena Chu in her part was a good move if he wanted to portray her well, as her performance here is absolutely incredible. She gets my nomination for next year's best actress award already :) Might have to check out some more of her movies - all I really remember from past roles has been 'pretty'.

The very marriable Stephanie Che again gets cast as a secondary character - Nick's girlfriend before the accident, and gives a very good performance too. Helena Law Lan doesn't over-act too much as Nick's mother.

Derek Chiu directs the movie in a fairly functional way - not over-dramatised, just kind of there for you to take in. Chiu seems to be one of the in-crowd's "darling" directors, though I've yet to see why. Here he at least has the sense just to let the characters and the story take centre stage, and give them a space to do their thing in.

The movie is another love story that focusses on the problem side of relationships... there's hardly a moment in the movie when the characters are really happy. It's quite a bleak movie, though as the name implies it does ultimately have a positive message. I still had difficulty relating to the 'love' side of the equation, and didn't feel any particular wish for the characters to overcome their problems, but I did find the explorations of the problems themselves rewarding.

Not one you'd watch with a new date you were hoping to get into bed, but one you might watch with somebody you've been dating for a while and want to get into tears...