Directed by
8/10 - Under-rated and misunderstood 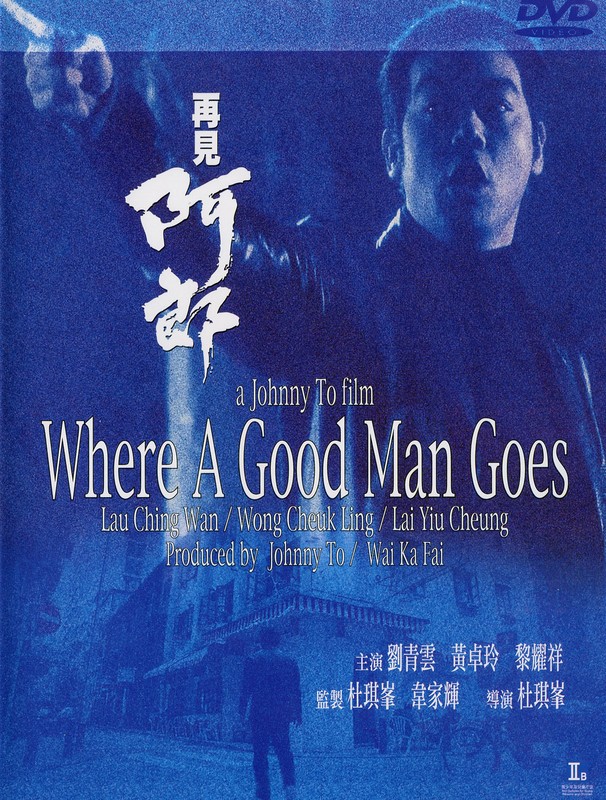 The Milkyway Image movie that nobody seems to talk about. I'd always resisted picking this up because people never seemed to say anything very positive about it - it was certainly never listed in the same company as A Hero Never Dies and Running Out Of Time for instance - and I didn't want to be disappointed. But I figured that a bad Milkway movie is still better than most, and it couldn't be any worse than Running Out Of Time II or Fulltime Killer.

The reason it never gets mentioned with Milkyway's classic action deconstruction type movies is because it's not really that type of movie at all (sounds obvious I guess, but a lot of people seem to have missed this fact and hence missed its charms). It's quite a modest, simple yet cosy movie. It's another one of Milkyway's ironic English titles - the opening scenes that show Lau Ching-Wan's character just out of prison demonstrate that he's anything but a good man. Completely unreformed by the system, he goes around beating up or smashing up virtually everything that crosses his path. The exception to this is Ruby Wong, whose hotel he ends up staying in. He's just really rude to her.

Lau's first mission when out of prison is to try and track down those who owe him money - unsurprisingly none of them pay up, but he does get himself a follower or two and starts getting into his old triad ways. Cop Lam Suet seems to have a major grudge against him, for unspecified reasons, and tries to get in his way. Meanwhile, back at the hotel, widow Ruby Wong and her young son perhaps show Lau Ching-Wan another side of life, another way to live it. Can she find a good man inside him somewhere?

WHERE A GOOD MAN GOES effectively only has two characters (Well, 2.5 I guess - Lam Suet's role is more than just background), so much of the movie depends on their development and the performances behind them. Lau Ching-Wan and Ruby Wong do a fine job with a decent script, making the characters more or less believable. Lau Ching-Wan in particular seems to have fun tearing up the scenery, the thought process in his head from "something I don't like is happening" to "smash things" is wonderful for the second that it usually takes to make the leap. Ruby gives her character a certain tired sadness and gravity that is appropriate, but breaks into rage or despair when needed too.

The script has a number of glaring holes that are perhaps best filled with the phrase "genre convention" - probably knowingly. It wouldn't be much of a movie if Lau & Ruby didn't develop feelings for each other, but no particular reason is given for it other than proximity (which I believe to be largely true in real life, as it happens). Lam Suet's cop seems to feel that Lau is the only Triad in the whole of Hong Kong - a little background cliche like LCW having killed his family would have helped). I think that Wai Ka-Fai was quite happy to take the bones of convention and build his characters and scenes around them in a reasonably fresh way. He doesn't tip the conventions on their heads the way he does in scripts such as A HERO NEVER DIES, but he doesn't let them get in the way too much.

Ultimately it's true that it's not a movie with as much style or invention as the 'classic' Milkyways, but it's a movie with a lot more character and depth, and basic narrative sense, than the duo's most recent efforts in that direction. Here's hoping they get back to making movies like this :)