Directed by
Genre
The limitless potential of youth 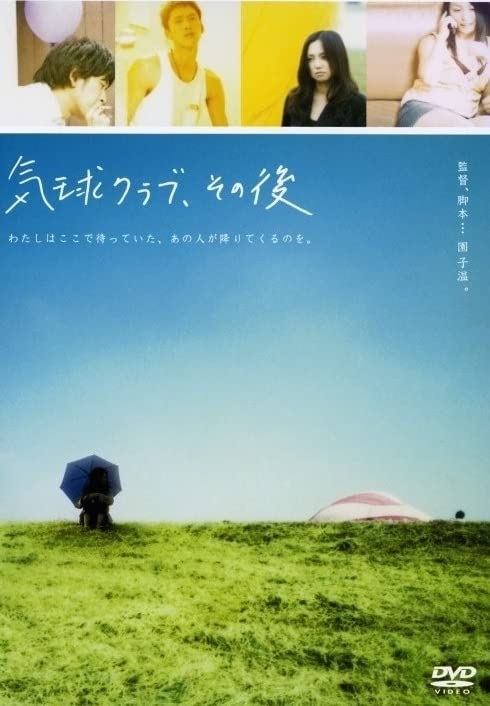 News starts to travel around the former members of a club dedicated to hot air balloons that the club's founder and leader was involved in a traffic accident. Even though the club hasn't met for several years, and most of its members were only ever really there to drink and meet potential partners, they decide to get together one last time and hold a farewell party to officially disband the club.

BALLOON CLUB, AFTERWARDS is a decidedly low key entry in Sion Sono's filmography, a light meditation on the easy friendships of youth and the loss of innocence as life transitions into adulthood, completely free of the shock and provocation that the director is usually associated with, instead directed with a light touch and naturalistic style that recalls some of Shunji Iwai's more nostalgic documents of adolescence.

The young cast all do a good job at evoking the sense of youth on the cusp of adulthood, of that age where one is trying to find their place in the world amongst the limitless possible paths life might provide as a future.

Life without dreams is shit.
Those who can't let go of those shitty lives are even shittier.
Being able to hold on to our dreams, fly to the sky, is proof that we are alive.

As the film is set some years later we see that the club's members did not really fly into the sky, as the mundanities of adulthood soon clipped their wings, and whilst the reunion provides them with some sweet memories of what might have been, Murakami's rather banal death signals the end of naïve childhood dreams.

This relatively straightforward film is further demonstration of Sion Sono's unprecedented versatility, but by its nature it was obviously never going to achieve the level of notoriety of his more outrageous films. It's a warm, fuzzy slice of nostalgia laced with a hint of regret, the sort of film that would fill an afternoon slot at a film festival quite nicely.