Directed by
Genre
Act cool and don't say anything 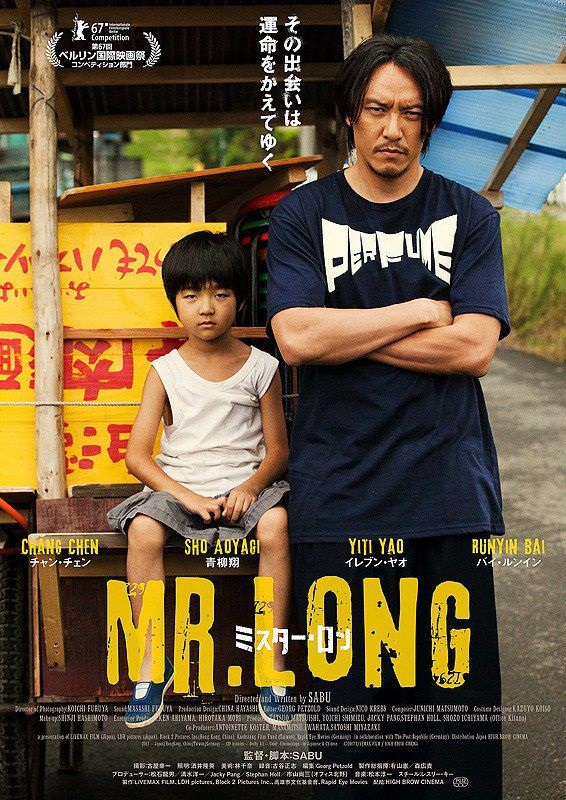 A Taiwanese hitman goes to Tokyo for a job but when it goes badly wrong he ends up wounded and stranded in a suburban slum. A young boy finds him and takes it upon himself to help the stranger, for reasons best known to himself. In return, Mr. Long takes it upon himself to get the boy's "scumbag junkie" mother off smack. This leads (indirectly) to the local residents discovering that Long is a talented cook, and they decide that he should open a noodle stall. Since he needs money if he's going to get back home, Long goes along with their plan.

But if cinema has taught us anything, it's that a violent past always catches up with you.

It would actually have been nice if that wasn't true for once - foreign hitman makes some noodles, becomes part of the community and forms a makeshift family, The End. Sounds lovely, right? It would have been a pleasant surprise if that sense of dread that underlies all the sweet and gentle scenes in the film ultimately proved to be unfounded. And maybe it does, I'm not going to spoil the film for you!

The film is bookended with violence, but for most of the runtime it is quite peaceful. Chang Chen manages to blend in with the community by not understanding a word they're saying and therefore not having much opportunity to contradict their assumptions about him. The aging locals are an agreeable bunch, incredibly nosy but immediately willing to help and support anyone in need. They're presumably why the boy has grown up to be a decent kid despite living in squalor with his mother turning tricks to fund her drug habit.

There is quite a long flashback mid way through the film where we learn the story of how a Taiwanese woman ended up slumming it in Tokyo with a young kid and a drug habit - it will surprise nobody that it's not a happy tale.

MR. LONG is the first "new" Sabu film I've seen since 2013's Miss Zombie, and only the second film I've managed to catch of his since 2005's Dead Run. This is a poor showing and I apologise profusely, but it has been quite hard to find any others. There is no question that the director has evolved in the intervening years, and MR. LONG doesn't particularly resemble Sabu films of yore like Monday and Drive. It's a much more serious, much more sedate film - I suppose you could use the word "mature", if you're that way inclined.

It's arguably a more typically Japanese film than the director's earlier work, perhaps lacking his distinctive voice, but it's not exactly generic. There are definitely other directors you could imagine having made it though (I'd have believed it was a Takeshi Kitano film if you'd told me so).

A director can't keep making the same film for 20 years without looking a bit tragic, so it's not unreasonable that Sabu has moved on, and he brings no shortage of talent or ability to this style of film. It's sharply lensed and economical, telling its story through images and acting. Whilst we understand much more of what is spoken than Long does (assuming we remembered to turn the subtitles on) we can feel his understanding growing through the communication of action and deeds. Even though the boy can speak Mandarin and Japanese, he never seems to see a need to translate anything.

Watching the relationships develop between these characters is touching and rewarding, and I suppose the tragedy we see in their future was inevitable, much as we might wish it could be avoided. The point is that we care.