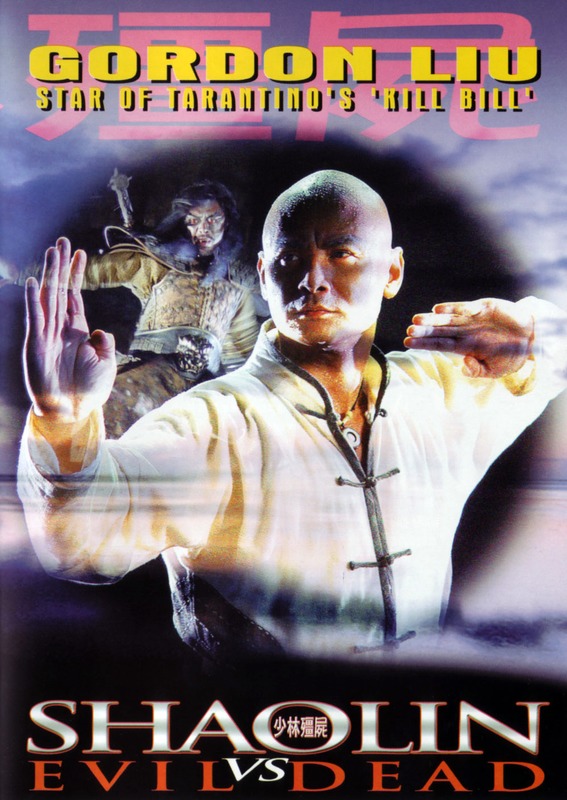 Douglas Kung continues with his mission to resurrect the glory days of Hong Kong cinema, this time turning his attentions to the "gyonsi" genre - supernatural kung-fu with Chinese vampires and Taoist rituals. Shaolin Vs Evil Dead clearly has the biggest budget Kung has yet to get his hands on, with some pretty impressive sets, costumes and special effects. Gordon Liu plays a Mr. Vampire-type Taoist master with young apprentices who are always getting themselves into trouble. Fan Siu-Wong plays the darkly handsome rival/enemy Taoist, whose very sexy disciple is played by Shannon Yu.

The film was either made to be one very long film, or always intended to be released in two parts which were shot simultaneously. So far, only the first part has surfaced in any form - a real shame, as the end credits show a montage of what's to come which looks quite spectacular. The "making of" on the US dvd shows a lot of behind the scenes footage, most of which seems to be from scenes that are not in pt 1. At this point though, it's starting to look unlikely that we'll see the rest of the film any time soon, if ever :(

The production values are pretty high in this film, but it can't escape a certain feeling of cheapness that runs through all of Douglas Kung's films - they sometimes feel more like the work of a hobbyist or enthusiast than a professional director, which I think is one of the reasons he has charmed me. Well, that and the fact he's been carrying the torch for HK martial arts films for several years whilst everyone else forgot that's what HK always did best. SvED has quite a bit of action, including a lot of wirework and special effects of the physical or the CGI kind. There's quite a few vampires hopping around the place, which of course means we get plenty of those inscrutable Taoist rituals and charms that Lam Ching-Ying used to specialise in. One of the highlights of Part 1 is a game of "Phantom Chess" between the two rivals, with a bunch of young kung fu kids fighting it out dressed as either vampires or Shaolin monks :) From what was shown in the "making of", it looks like Pt. 2 would be much more action packed, with some truly impressive looking scenes of vampire-busting action.

There's a lot to like in Shaolin vs. Evil Dead (like that name, for instance!), and a fair bit to criticise if you're that way inclined. I have to give Douglas Kung kudos for at least trying to keep genres like the gyonsi film alive. I do hope we get to see the rest of his film one day :)