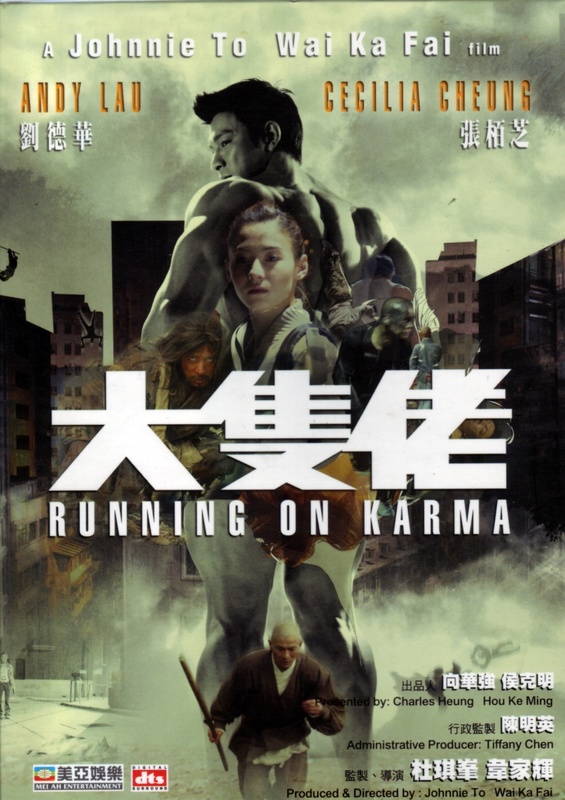 Johnnie To and Wai Ka-Fai took a break from their string of commercialy successful romantic comedies to do a more personal project, a film with more artistic than commercial ambitions. The film definitely polarised audiences, possibly due to false expectations. My girlfriend watched it before me and said she really liked it a lot, but that her sister and friend didn't like it because they were expecting it to be a comedy. After Andy Lau's appearance in a fat suit for LOVE ON A DIET, promotional pictures of him in a muscle suit for RUNNING ON KARMA led many people (including myself) to expect something similar.

It's definitely NOT a comedy, though it has comedic parts. It's a very strange hybrid of all sorts, and some of the leaps in mood (and time) had me wondering if I was now watching a dream sequence or something. It's a film that almost mandates a second viewing to make sense of it - partly because it's not the film you think it's going to be (and it does wilfully play with genres to encourage that confusion), partly because it's an ambitious attempt to say something serious about Buddhism and the nature of Karma, but mostly because there were a few parts that should have at least been edited differently, and they do hurt the film quite significantly.

However, it's still one of the most unusual and interesting films Milkyway have produced so far, and is definitely one of the best films of 2003 (with some better editing I think it would probably have been the very best!). There's nothing else quite like it, and it's a film that won't easily forgotten even after it's been fully understood.