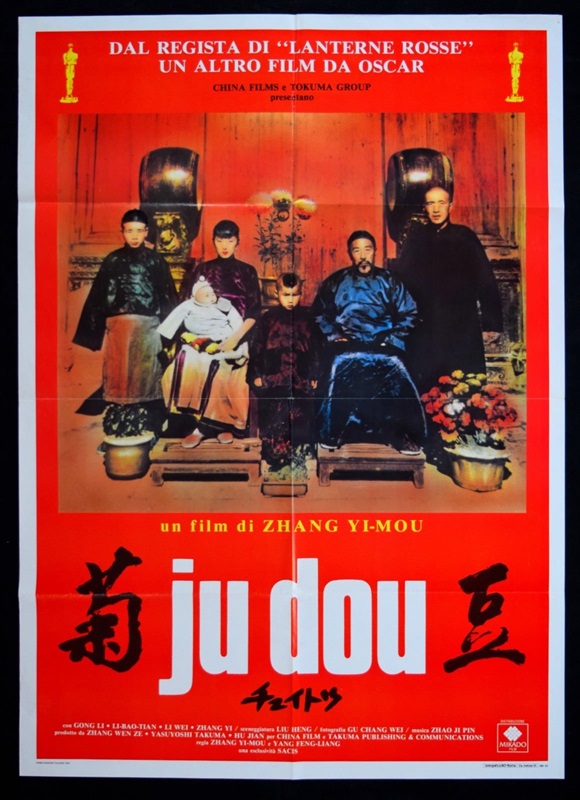 Master Yang, the owner of a dye factory, purchases an attractive young woman named Ju Dou to be his third wife, hoping that she will give him a son and heir where the previous two could not. Yang turns out to be a monster, spending his nights beating and torturing Ju Dou in a way that is unlikely to produce many heirs. Desperate for help, Ju Dou begs Yang's adopted nephew Tianqing to kill the old man and end her suffering. He declines, but the two become lovers, and when Yang is paralysed in an accident they force him to watch them raise the son he could not produce.

I think Ju Dou was the first Zhang Yimou film I saw, and the first mainland Chinese film I saw, back in the days when Channel 4 used to show interesting international films seemingly just for the hell of it. It was unlike anything else I'd seen and I was blown away. It has remained a remembered favourite for twenty-whatever years, but I haven't watched it again since - mainly because the only home video releases it received were slightly different shades of absolutely dreadful, and didn't do justice to the stunning cinematography I remembered (and I've bought quite a few over the years). Same goes for the version that's on Prime Video by the way - atrocious.

Thankfully that situation has finally been corrected by a bluray from South Korea that looks great, so I decided to see how it holds up - with some trepidation, as I was aware that the legendary status I had given the film in my memory might be difficult for it to live up to.

And to some extent that is the case - JU DOU is obviously a good film but it didn't enrapture me this time the way it did back then. Perhaps this is because I have seen a lot more films in the interim, including other Zhang Yimou films, so it is facing stiffer competition and doesn't have the same novelty factor (as in "newness"). 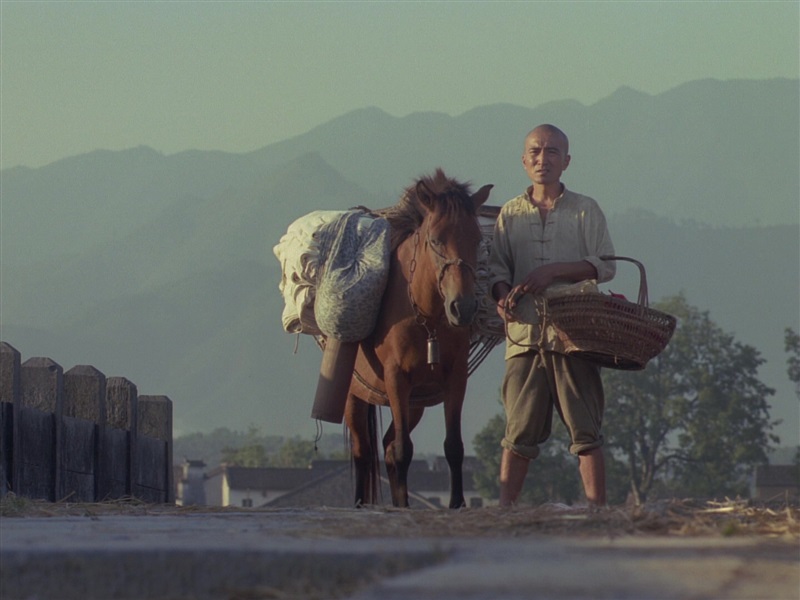 Zhang's portrayal of rural life is still fascinating though. It's impossible to determine when the film is set as the way its inhabitants live and the technology they use probably wouldn't be out of place in a rural Chinese backwater at any point in the past thousand years - but apparently it's pre-revolution. The picture it paints of rural poverty and conservative Chinese traditions is by no means beguiling, even if it is stunningly captured in a 4:3 aspect ratio - a rarity even in those days, and perhaps reflects the technology Zhang had access to, cast offs from a previous era.

Like many films, JU DOU was initially banned by the Chinese authorities. The reason seems to have just been suspicion of Zhang Yimou's positive reception in the West, assuming there must be something subversive going on for that to happen, but there's nothing to obviously upset the party here - it could easily be read as a critique of capitalism's brutality and the need to revolt against the traditional order to improve conditions for the working classes, which you'd think would be quite on message. I suppose if that's the framing metaphor we're using the ending could be construed as a criticism of those whose hands the country was now in. The film was un-banned a few years later though, proving that it had probably just been a reflexive action.

I think everybody was at least a little bit in love with Gong Li in the 1990's thanks to Zhang Yimou's films - not least Zhang himself. Ju Dou provides ample reasons to feel that way, as she is both luminous and splendid in the role.

JU DOU does seem a little simplistic to my 21st Century eyes, a little too direct in the points it makes, but those points are not empty and the film doesn't have a simple message to wrap things up. It is a very striking film, showing Zhang Yimou's eye for colour and composition. It's probably not the masterpiece I thought it was on first viewing, but it is an interesting film from one of the world's great directors.