Directed by
8/10 - Manipulative but good 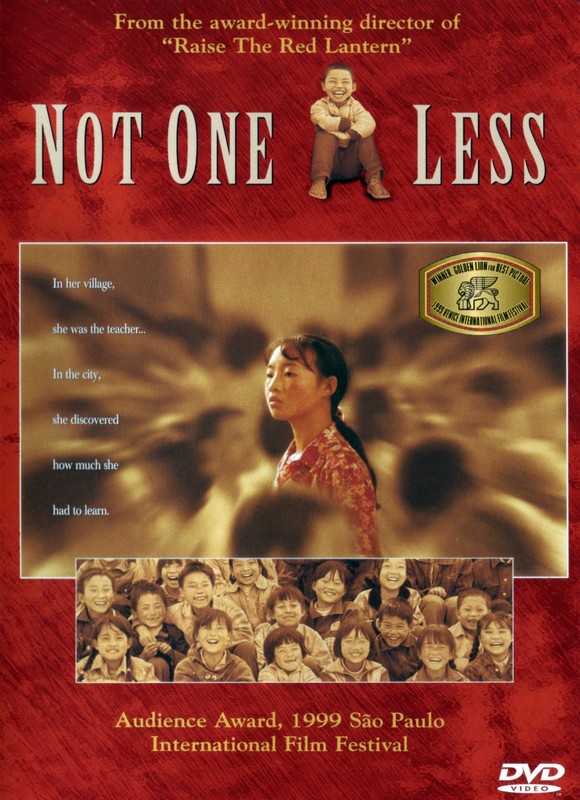 The only teacher at the primary school in ShuiQian village has to go back home for a month because his mother is on her death bed, so the mayor arranges a substitute teacher - 13 year old Wei Minzhi from a neighbouring village, herself barely out of primary school. Teacher Gao is not happy about leaving his 28 children in such a young girl's care for a month, but he has to go home and there doesn't seem to be any other option. Wei is left with 26 pieces of chalk and the promise of 50 Yuan for her month's work - with an extra bonus of 10 Yuan to be be paid if all 28 pupils are still at the school when Teacher Gao returns - Not One Less.

Wei Minzhi struggles with class discipline from the start, and her own education in this poor rural area of China has been barely adequate. Within days she has lost the first pupil, recruited by an athletics school, and when the 11 year old class trouble maker also leaves - sent to the city to find work to support his family - she resolves to go and track him down and bring him back. She doesn't even have enough money for the bus fare to the city, so she gets the class involved in working out how many bricks they will have to move at the local brick factory to earn enough for return fare, a practical exercise in numeracy which finally engages the class (and its teacher) in a little learning. Failing to make the fare despite their calculations, she still manages to get to the city and begins trying to locate her lost pupil - receiving precious little help or warmth from the city dwellers she encounters in her mission. Wei Minzhi is nothing if not stubborn and persistent though. 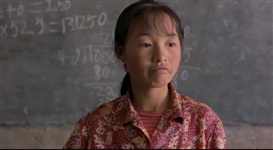 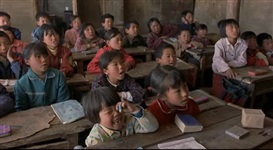 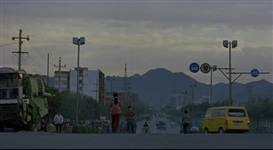 Remember when Zhang Yimou used to make these small scale, script driven dramas instead of directing Olympic Opening Ceremonies? NOT ONE LESS is reminiscent of his earlier film THE STORY OF QIU JIU in exploring the contrast between rural and urban attitudes and lifestyles, the frustrations of dealing with beauracry and the power of unstoppable female determination. NOT ONE LESS differs in the age of its lead actress, and the fact that she - along with most of the cast - was not a professional actress, instead essentially playing herself. This casting decision is what makes NOT ONE LESS an interesting film, with the naturalistic performances of the cast giving the film a feel of authenticity even though the story is somewhat contrived and the emotions a little manufactured. Wei Minzhi (the actress) is rather awkward at times, but this suits Wei Minzhi (the character), whose only real asset in life is her stubborn persistence. Most of the cast do feel largely like they are playing themselves, which the closing credits show is pretty much what they are doing. In the scenes filmed in the city, it seems likely that many of the 'actors' did not even know they were being filmed.

Despite being blatantly manipulative, NOT ONE LESS does manage to produce an emotional response of empathy with the children, whose extreme poverty denies them much of a chance at an education - whilst simultaneously making rural poverty seem relatively idyllic compared to the lack of community and compassion in the city. The film ends with a message about the number of children in China who are forced to work from a very early age due to their families' poverty, and that donations from the relatively affluent city residents can really make a difference in their lives. The intent was clearly to have people digging in their pockets as they left the theatre. You'd have to be pretty cold-hearted not to feel some sort of desire to help after watching it!