Directed by
Genre
Hide this wound deep in your heart 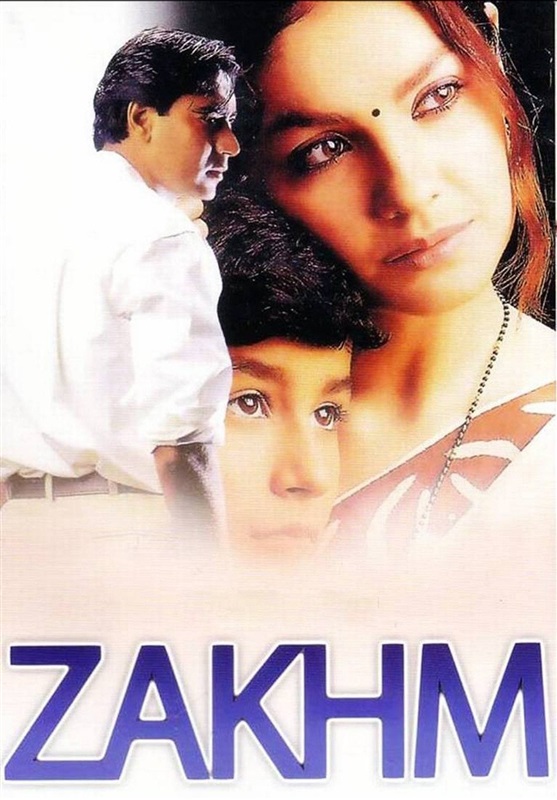 The film is set against a backdrop of the riots and sectarian violence that swept Bombay in the early 1990's. Ajay, a successful musician, fights with his wife Sonia because she plans to return to England, not wanting to raise a family in a country where people are killing each other over religion, whilst Ajay refuses to abandon the country of his birth.

Ajay's younger brother has fallen under the spell of a populist politician who is wilfully inflaming religious tensions to boost his own career, and when their mother is attacked by a Muslim mob those tensions threaten to boil over. In flashback we learn about Ajay's childhood, how he came to be raised by a single mother, the wound he has carried in his heart ever since and the reason he must fight to stop India from tearing itself apart.

ZAKHM is a powerful piece of cinema, tackling the religious conflicts that have periodically erupted in India with a deeply personal, very human story that exposes the futility of hate and the power of love to overcome our differences. The story is loosely based on the life of Mahesh Bhatt's own mother, played here by her granddaughter Pooja Bhatt, which is perhaps why her performance has such authenticity.

The word zahhm translates as wound, which carries meaning on multiple levels in the film. The wound that Ajay's mother carries in her heart and passes on to her son is ultimately shown to be a wound on the soul of a nation, its lifeblood gushing out as religious bigotry turns its people's hearts to hatred. The film challenges India to look deeply inside itself, and is unflinching in calling out the ugly parts it sees. 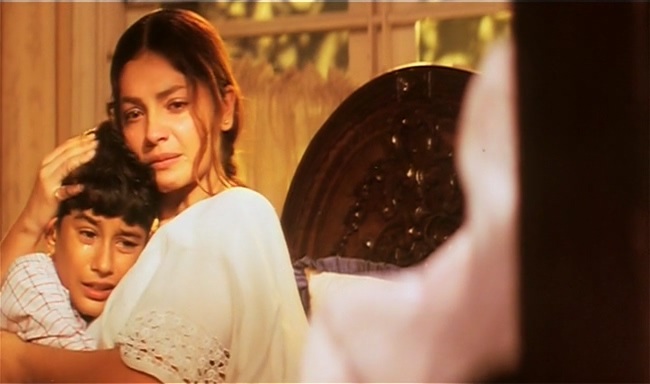 This probably makes it sound like an angry film, and it is, but its rage is tempered by the story of a devoted mother and the fiercely protective love of her son that takes up much of the runtime. This heartfelt tale is a moving story in its own right, and gives the film a very personal aspect to balance out its political side. Kunal Khemu is simply astonishing as young Ajay, a remarkably raw and open performance that completely convinces. Pooja Bhatt and Nagarjuna Akkineni also give depth to the complicated relationship of his parents.

The powerful story, rich performances (OK, not universally so) and beautiful cinematography all make for an excellent film, but the cherry on top is the soundtrack by M.M. Keeravani that is not just one of my favourite soundtracks but one of my favourite pieces of music. It's been 20 years since I watched the film, and the soundtrack has had regular play in every one of them. Delicate and melancholy, but communicating the core of strength and resolve that makes the film truly powerful. I liked it enough to buy it when I saw the film, and it's only grown on me since.

My rewatch today was as a YouTube rental, with an HD transfer in full scope that is leaps and bounds above the old DVD in picture quality and includes subtitles for the songs... I've listened to them so many times but never had a clue what they were saying before. I'm pleased to say that the words are as beautiful as the music, and actually add a lot to the film, giving voice to things that the characters cannot say out loud.

ZAKHM isn't a perfect film - some of the performances are shrill and it is sometimes bombastic where it could have been subtle (which it still is by Bollywood standards, I suppose). It's strengths are more than enough to overcome these weaknesses though, it's a unique and powerful piece of cinema whose message of tolerance transcends the national and historical context that inspired it.