Directed by
Genre
Beautifully crafted, haunting movie. Iwai is a master of his art! 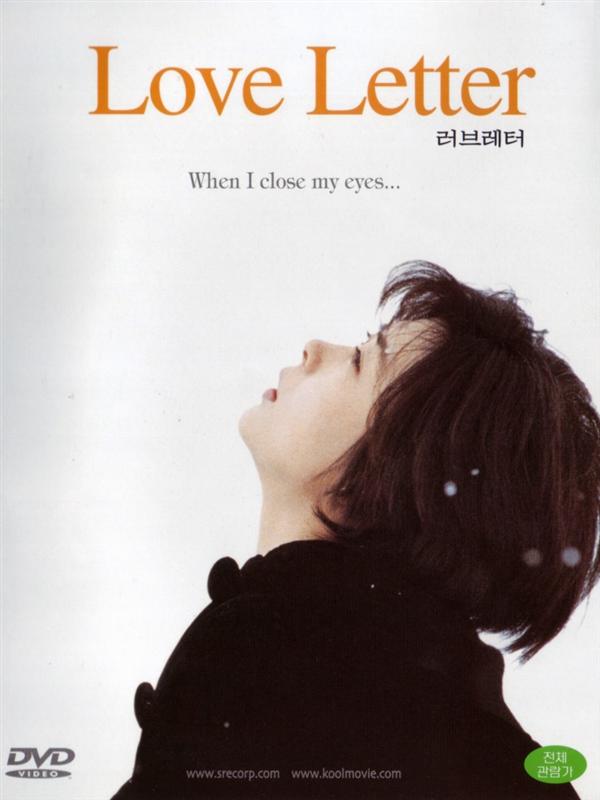 I'm still trying to decide whether Swallowtail Butterfly is the greatest movie ever made or not. If it were the greatest movie of all time, you'd think it would be a bit better known surely? But I really can't think of any movie I've ever seen that was better. This is obviously something of a difficult position for Shunji Iwai to find himself in, in relation to me. If the first movie of his that I saw was the greatest movie ever, then surely no matter what efforts he goes to he's never really going to impress me again.

Knowing that SWALLOWTAIL BUTTERFLY is very different to the rest of his filmography, in terms of themes and sheer scale of the production, I was quite apprehensive about paddling deeper into Shunji Iwai waters. The rest of his movies don't/didn't really sound like "my sort of thing".

LOVE LETTER is based on a strange premise of unlikely coincidence. Two years after his death, Itsuki Fujii's fiance Hiroko (Miho Nakayama) is still having a hard time moving on with her life. When she comes across his old address in his high school yearbook, Fujii's mother tells her that the house was demolished for a highway years ago. Hiroko hence figures that it is safe to send a letter there, seeking closure.

Not the most heartfelt expression of mourning, it must be said. Still it makes her feel better... but when she receives a reply to the letter she is a little confused.

"Mostly well... but I have a cold now. Itsuki Fujii"

Is it a letter from heaven? She would like to believe it is. The viewer, however, knows that the reply is actually from a different Itsuki Fujii - a woman (Miho Nakayama) who lives in the same town where Hiroko's fiance grew up. Once the confusion is eventually cleared up, Hiroko and Itsuki begin to write to each other as pen-pals. It turns out that Itsuki Fujii (female) was in the same class as Itsuki Fujii (male), so she tells Hiroko stories and memories from her youth.

The attentive amongst you may have noticed that Miho Nakayama is credited twice above. No, it's not an even more unlikely same-name co-incidence. The same actress plays both Hiroko and Itsuki... I suppose it worked out cheaper that way. The movie is hence hinged heavily upon her performance(s), as most of the 115 minutes is filled with her either writing or reading letters to/from herself.

Thankfully, she is absolutely fantastic in both roles. I think I would have cast her as all the other characters too if I were directing. Thankfully, Shunji Iwai is more sensible than me and kept it to a more manageable 2 parts.

A movie about 2 people writing letters to each other sounds kind of boring, right? The movie is filled with such gorgeous music and imagery that it never gets at all boring though, and Miho Nakayama has such a beautiful voice (and face for that matter) that I could happily listen to her talk for a very long time.

It's not all letter writing though - we also get invited in to see all the little details of both women's lives, and through flashbacks we see quite a bit of the two Itsukis' youth as well (the young actor & actress playing these roles are also very good).

You probably gathered by now that I enjoyed the movie... a lot in fact. It is an absolutely beautifully crafted piece of cinema in every aspect, and utterly fascinating and beautiful to watch. It's a slow movie... at nearly 2 hours it could maybe have benefited from the tiniest bit of editing perhaps... but an incredibly powerful one. I have to admit that it left me in tears when it finished, and I doubt if there are a dozen other movies that have ever had that effect on me.

There is no doubt in my mind that Shunji Iwai is a god of modern cinema. His movies are so well crafted it's almost like he's ripping his talent out of his body and shoving it right up in your face... but not quite so disturbing as that would be. Kurosawa, Kubrick, Iwai... not sounding incongrous to me at the moment. All demonstrate a transcendent understanding of film as a medium, and make almost every other film maker out there look like an amateur!

aka WHEN I CLOSE MY EYES