Directed by
Genre
No memories of murder 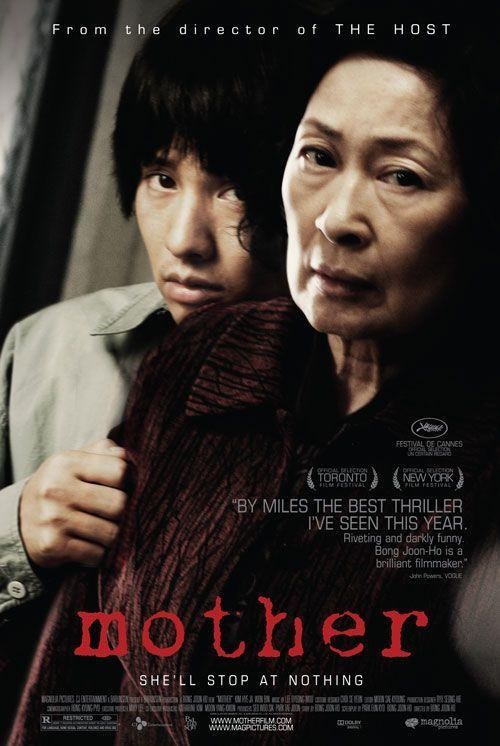 Do-Jun is a young man with developmental difficulties, living in a small town with his mother Hye-Ja. When a school girl is found murdered evidence places him at the scene, and he is unable to remember or explain why that is so to the local cops it's an open and shut case. His mother sets out to clear his name.

MOTHER is reminiscent of Bong Joon-Ho's breakout success Memories Of Murder with its depiction of small town life and an ineffectual Korean police force, also as a film which is more about the investigation than the murder. Hye-Ja is dogged and determined but has no particular investigative skills or powers, just a conviction that her son would never hurt someone.

Her attempts to uncover the truth reveal a seedy side of the town and a number of unsavoury characters who were involved with the victim in one way or another. As a film it is quite cynical about human nature, and I suppose specifically Korean society, though it could probably be transplanted anywhere without much needing to change.

The film spends most of its time following Kim Hye-Ja, in a part that was apparently written with her in mind (hence her character having the same name). Cinema tends to be primarily preoccupied with stories of youth and beauty so it's quite refreshing to see a film that focusses so closely on an elderly actress, and she rewards the camera for doing so with an excellent performance. Her struggles become ours.

Won Bin is also very good in an out of type role for the heartthrob, making Do-Jun equal parts affable and frustrating as a character. It's a difficult line to walk and he does so well. Jin Goo also yields a pleasantly enigmatic character as Do-Jun's best friend, you're never really sure where his loyalties lie (other than to himself). Although she's not actually in the film very much, for obvious reasons, I was also struck by Moon He-Ra's performance as the murdered girl.

Bong's tradecraft is impeccable, with the cinematography being never less than exquisite and the handling of plot and tone showing a deft touch. His dark sense of humour is ever present, lurking in the background.

MOTHER doesn't seem to get talked about all that much, perhaps it's less flashy and less overtly political than some of Bong Joon-Ho's other work but it's no less impressively crafted a film.