Directed by
Genre
Drifting along 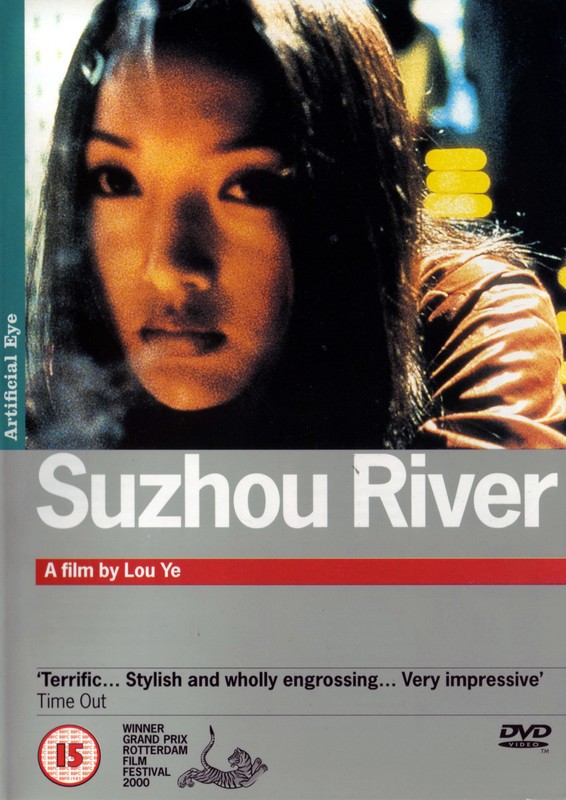 SUZHOU RIVER opens with a narrator drifting up and down the titular river in Shanghai with a video camera, filming the people who live, work and play on and around it. Eventually he moves on to the story of a woman he met, working as a mermaid in a bar, and the relationship that developed between them. This leads on to a story he heard about another couple, a motorcycle courier and the girl he fell in love with.

This is one of those films I've had for about 20 years but never got around to watching - not sure why as I never heard anything bad about it, just wasn't in quite the right mood. An awful lot has changed in China in those 20 years, and it's probably a different experience watching it now than it would have been when it was contemporary. China then was amongst the poorest countries in the world and largely cut off from the outside, but in just two decades it has transformed its economy and culture into a force that shapes the entire world.

SUZHOU RIVER is interesting as a document of a country on the cusp of this change, and is considered one of the shining lights of the so called sixth generation Chinese film makers, a movement that emerged around the turn of the millennium with a more indie aesthetic than the painterly fifth generation filmmakers like Zhang Yimou.

Lou Ye's roving hand held camera and loose narrative (mostly delivered in voice-over by an unseen narrator) calls to mind the films of Wong Kar-Wai more than Zhang. It explores similar themes to Chungking Express and features another mesmerising performance by a beautiful woman - Zhou Xun in this case, who plays dual roles and seems to have borrowed some of Faye Wong's energy for one of them. Wong Kar-Wai is a hopeless romantic at heart though, and Lou Ye's film is more cynical.

The film is arguably a tribute to Zhou Xun's beauty more than anything, but although she does look stunning there is definitely more to it than that. The way the narrative unfolds and the smart observations about people make it as thought provoking as it is visually stimulating.

Like many films, SUZHOU RIVER was banned in China - this time because Lou Ye took it to the Rotterdam Film Festival without having got prior approval from the Chinese censors, which annoyed them sufficiently that not only was the film banned but Lou Ye was banned from making any more for 2 years. I don't think there's anything about the content of the film that's particularly objectionable but those censors are a sensitive bunch.

The picture the film paints of China at the end of the 20th Century isn't particularly beguiling though (the existence of Zhou Xun aside), people seem to be drifting through life like boats on the river with no real purpose or hope for the future. I imagine a trip down the Suzhou River today would look very different.