Directed by
Genre
Intense and painful, full of dark emotions 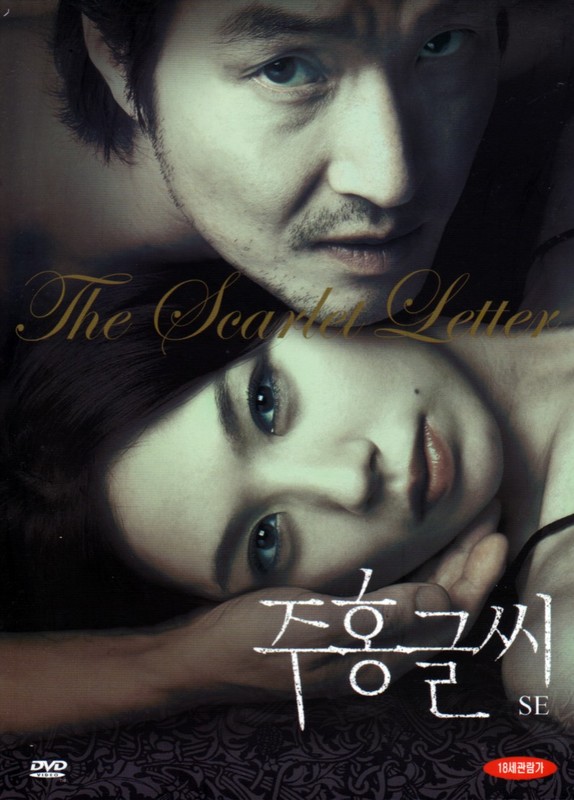 On February 22nd, 2005, the shocking news began to filter onto various news sites and message boards that the beautiful and talented South Korean actress Lee Eun-Ju had commited suicide at the age of 26. A rising star that had captured attention in films such as Bungee Jumping Of Their Own and TaeGukGi, Lee seemed to have a bright and promising future ahead of her, and no obvious reason to have taken her own life. Before long the explanation that her parents gave started to spread too - that she had been suffering from depression and insomnia ever since making the film THE SCARLET LETTER, and that it had apparently become unbearable for her. Why her role in the film would have this effect was not clear, but the rumour was that she was uncomfortable with the degree of sexuality the film required her to express.

Given this suggestion, I perhaps should try to suggest that I already owned the film before her death or something, but I must admit that it was a curiosity about what could possibly have had this effect on Lee Eun-Ju that led me to order the film. I hope that doesn't reflect as negatively on me as it feels like it perhaps should! The film had not registered on my radar prior to the actress' suicide, and was not on the surface something that would normally end up in my collection - however, reading about the film in the wake of her suicide made me realise that it was definitely not the sedate family drama that the name and cover had previously suggested, but something much darker and more intense. Dark and intense films are definitely a part of my cinematic diet, so I like to think that if I'd been aware of the film's nature I would in fact have ordered it regardless of its star's tragic death.

THE SCARLET LETTER begins as a murder/detective film, with an opening scene of a woman drenched in blood stumbling through the streets before finding a payphone and calling the police. Detective Han Suk-Kyu (Korea's second best actor) arrives and examines the scene and the blood-stained wife of the victim. Initial evidence points to the notion that the wife was in fact the murderer. As he investigates further he gets drawn into the wife's world, but he also realises that his own life is far from a clean, cosy and neat one. His relationship with his wife is complicated, not just by the relationship he shares with her friend and his lover, the character portrayed by Lee Eun-Ju. This love triangle is the main focus of the film, with parallels in the murder story throwing his own troubles into focus.

The classy cover art and cast photos on the packaging do not really give an adequate impression of THE SCARLET LETTER as a film. Although it is sophisticated, with superb direction and camerawork, it is a much grittier film than the case implies. The film opens with a car parked by a lake side, quiet and serene, until two bullet holes appear in the trunk, from inside. This event is not explained until much later, as the film then goes back in time to the blood-drenched new widow mentioned earlier. The narrative does not progress in an entirely linear fashion, occasionally taking obtuse paths through history and the present, marking the film as clearly more than (or at least different to) a standard murder-mystery. At times it was difficult keeping track of characters and their relationships, possibly because I mis-identified the actresses in some scenes and hence got a muddled impression of the relationships they all had with Han Suk-Kyu and the rest of the world.

What the film is really about is how fickle and cruel people can be, and how relationships rarely follow anything like the trajectory the average romantic comedy or drama would have you believe. As the film progresses, relationships become more frought and painful, and emotions become increasingly turbulent and raw. The actors all do a great job in showing their characters descent into pain and violence of one form or another, but particularly Han Suk-Kyu and Lee Eun-Ju, whose inner agony is given external expression in a number of scenes, particularly an extended and traumatic final 20 minutes or so. The film is definitely not a feel-good experience, and the rawness and intensity calls to mind Park Chan-Wook's highly lauded films OLDBOY and Sympathy For Mr. Vengeance in its unflinching look at the darker side of the human condition.

It is this, more than the sexual scenes (which are not particularly explicit, though they also exhibit an uncoomon emotional realism and honesty), which I suspect gave Lee Eun-Ju such trouble after the film was completed. To give the kind of gut-wrenching performance she does, she must have got very deeply into character and experienced some very dark emotions. Horrible as it is to contemplate, perhaps she simply couldn't escape from the places where her character took her. It gives enormous credit to her talent as an actress that she was able to make herself suffer so deeply for her job, but the realisation that this may have killed her is an appalling one

Perhaps it's an over-simplification to assume such a straightforward cause->effect relationship, and probably does her far too little justice as a person. Fully understanding what happened and why she ended her life would require a much more intimate knowledge of her than can possibly be gained from internet news articles or watching her films. The possibility that the explanation has some truth is enough to add gravitas to an already fairly grave film.

Not that watching THE SCARLET LETTER is an entirely traumatic film. The level of talent and craftmanship that went into every aspect of the production is as satisfying as it is with any well-made film, regardless of its positivity or otherwise. It is not quite a masterwork on the level of OLDBOY, for instance, as it can be a little bit opaque and confusing, especially towards the end, and hence does not quite immerse the viewer as fully (it's always hard to be completely immersed when you have to stop periodically and try to remind yourself what is going on). It's still very accomplished and I'm glad that its existence was brought to my attention, even if it was under very sad circumstances.

It's impossible not to take those circumstances into account when watching the film, and to feel regret that an actress with as much talent and potential as Lee Eun-Ju will not be making any more films. Definitely a star that burnt out much too soon. One could argue that the world would have been a better place had she never made THE SCARLET LETTER, if it had meant her living longer and producing more and greater films. Given that this will not be the case, though, it is some consolation that at least we have a great final film to remember her by.