Riding Alone For Thousands Of Miles (2005) 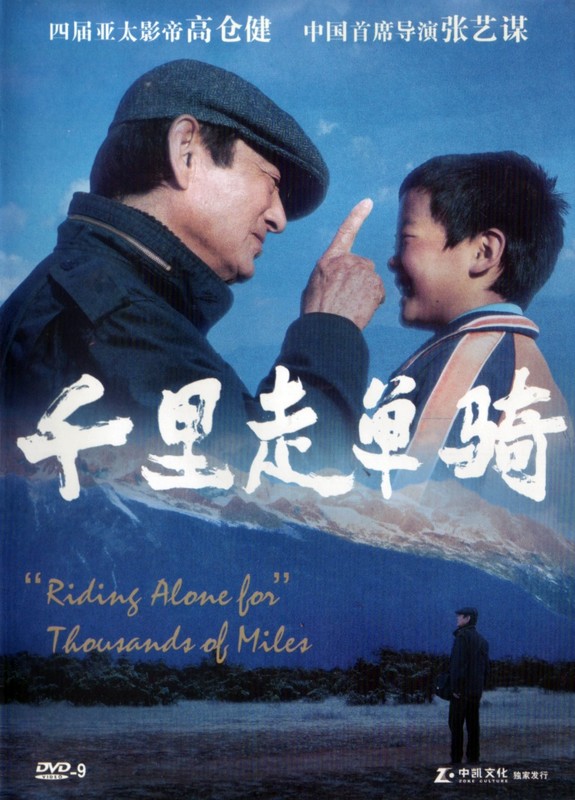 After dabbling with big budget wu xia pian for a few films, Zhang Yimou takes some time out to shoot a simple story of a Japanese father who travels to rural china to film a performance of the opera "Riding Alone For Thousands Of Miles" for his dying son.

Closest to THE ROAD HOME from Zhang Yimou's previous filmography, RAFTOM again explores themes of family, estrangement and rural life. Unfortunately it rides into over-wrought sentimentality on too many occasions, and the journey Ken Takakura takes seems too contrived to deliver the messages of the film, failing to evoke any particularly genuine feelings in me as a result.

Since the film eschews the "painterly" aesthetics that Zhang Yimou made his name on, the lack of any emotional resonance or simple eye candy left me without much to enjoy in the film, though Takakura's performance is good and there are some interesting and beautiful locations that did make me think "hey, rural life is rather appealing" at times.

I'm sure it will do well with the film festival crowd, but for me it's a pretty forgettable film that certainly doesn't rank up amongst the director's best works.