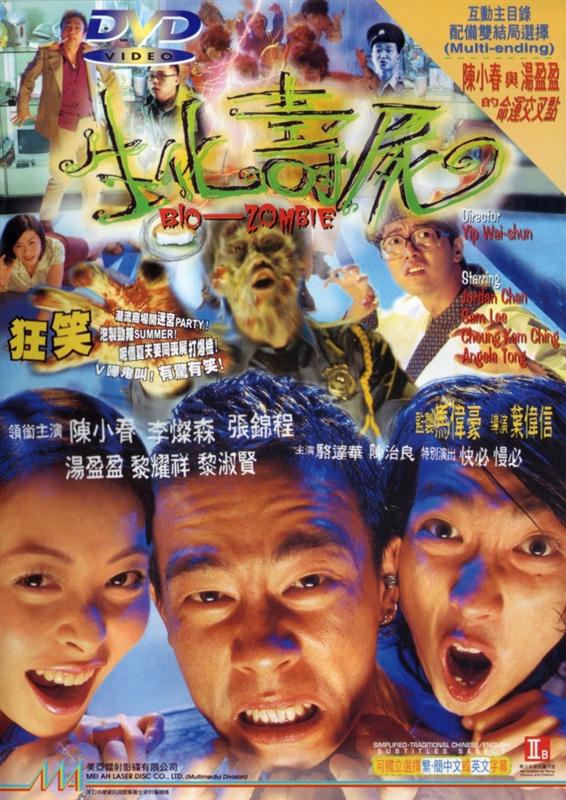 Woody and Crazy Bee are low-lifes selling pirate VCDs in Central, who accidentally get mixed up with a biochemical weapon that turns people into zombies. They end up trapped in the shopping centre with cute girls Rolls and Jelly, as the zombies take over.

Wilson Yip's low-budget films were a cut above the norm that showed tremendous promise as a director, a man who clearly knew what he was doing and made the most of his limited funds. For some reason this skill seemed to depart him when he got his hands on a serious budget, and he has made some seriously disappointing "blockbusters" that completely lack the strong characterisation, wit and whimsy shown in films like Bio-Zombie. I guess we have to assume some of the credit for Yip's first three films must go to writer/producers Matt Chow and Joe Ma - the three of them apparently brought out the best in each other!