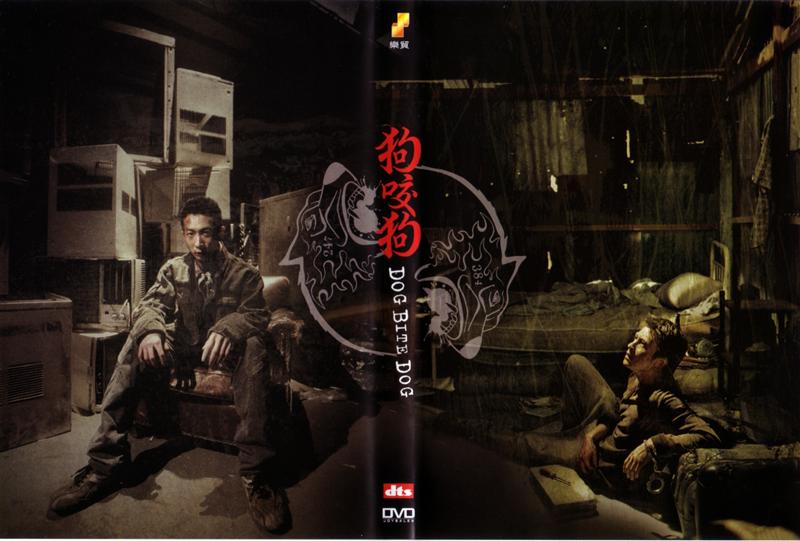 Edison Chen plays a Cambodian sent to Hong Kong to perform an assassination. Sam Lee plays the cop who nearly catches him but instead loses a colleague, which makes him rather angry. What follows is not cat and mouse but dog and dog, as instincts of vengeance and survival drive the two men to a level of animalism that we should probably all hope never to experience ourselves.

I've long held that Soi Cheang is perhaps the most interesting of the "new" directors in Hong Kong - well, for about 2 years anyway, since Love Battlefield convinced me of the fact. DOG certainly confirms my belief, as it's hard to think of any other director currently working in Hong Kong who could have made it. The film is singular of purpose, and unrelenting in its pursuit. The message is plain - man is only one step removed from beast, and can become one under duress. It's a dark, bleak film with barely a glimmer of hope or redemption to be found from start to end. I'm hard pushed to recall the last time Hong Kong produced a film so unforgivingly nihilistic - certainly have to look well past SPL... it's refreshing :-) It must be admitted there are a few places where it goes a little too far in its quest, slipping into "silly" on the other side - a little bit of editing might have been advised.

It wouldn't be fair to not mention the acting, with a good performance from Edison Chen (remarkable, since he seems to be such a twit in real life) and a nearly great one from Sam Lee - definitely not playing the clown here. Some strong supporting players too.

The production values are high throughout, with quite a unique look and some impressive cinematography. It's a skillfully made film that's not trying to pander to some imagined market demographic, just taking a premise and a theme and following them to their bloody conclusion - cinema as art rather than product.... the sort of film Hong Kong needs to make more often if the industry is to survive.