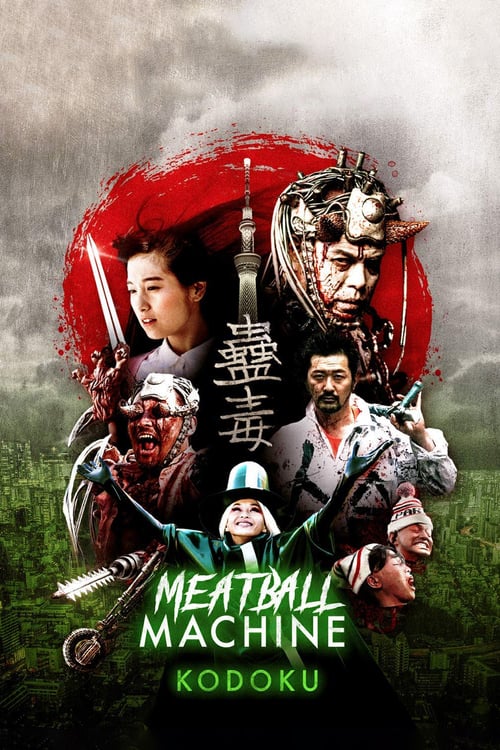 Mild mannered debt collector Yuji Noda (Yoji Tanaka) is ill-suited to his job and generally failing at life. An unrevealed attraction to the kind-hearted assistant in his local book store is the closest thing to affection in his life. He could hardly be more down on his luck, but then his doctor gives him some bad news. None of this really matters though, as events are about to transform Yuji Noda's life - and the lives of everyone around him.

KODOKU is one of those films that works better the less you know about it, so in some ways it is good that I found MEATBALL MACHINE so forgettable as I didn't have any particular expectations going in. What expectations I did have were mainly driven by Nishimura's involvement, and the film does not disappoint on that front (hint, this is the man that wrote and directed Tokyo Gore Police).

It was the first time I'd watched one of Yoshihiro Nishimura's films in a few years, since after an incredibly fertile period from 2008-2011 the wave of splatter-comedy films riding the wake of The Machine Girl petered out, and the demand for Nishimura's particular genius seems to have dried up.

The film seems to be relatively high budget, or maybe just had more time invested into it - it's still obviously a low budget film by any normal standards, but it feels like Nishimura's imagination was relatively unconstrained by budget limitations. I hadn't realised just how much I'd missed seeing his work, and being reacquainted with his inimitable style was a glorious, joyous experience that left me giddy.

It's the sort of film it's hard to find fault in - sure the acting isn't very good, but so what? Sure it looks cheap at times, but that just makes it all the more impressive what Nishimura is able to deliver on a tiny budget. Sure some of the editing in the last act is questionable, but ... actually that one's fair.

It's not a profound film, but it is a very entertaining film, and the world is unquestionably a better place for its existence.