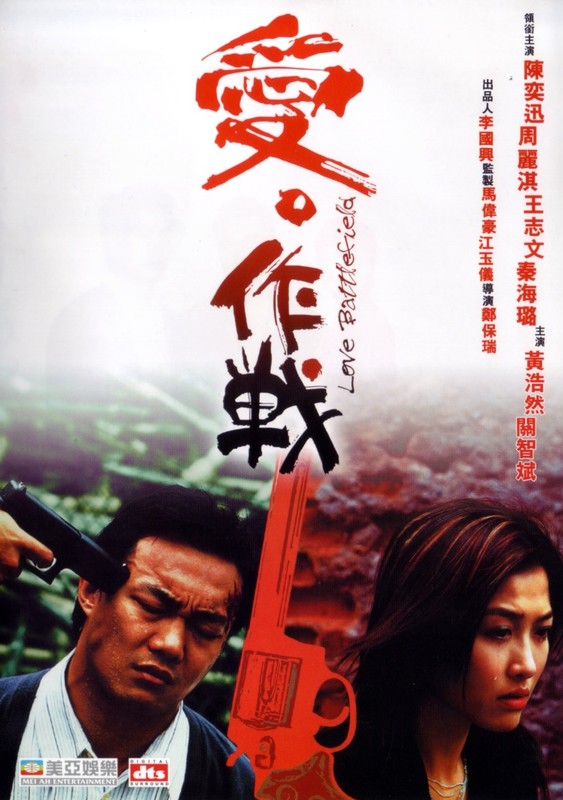 I thought LOVE BATTLEFIELD was exceptional - the best HK film of the year 2004, hands down (of the ones I've seen, obviously). I definitely preferred it to One Nite In Mongkok, which was many people's darling.

First of all, a superb script - gangs of mainland thieves seemed to be a recurring theme in '04, but LOVE BATTLEFIELD puts a number of fresh twists on the situation and has great characterisation. It is primarily a love story with a strong crime thriller element (genre-mixing in the great HK tradition). The direction from Soi Cheang is also superb, creating very high tension levels and packing quite an emotional punch. Acting is great from everyone except Raymond Wong (and he's still alright in a role that wasn't well suited for him) and that guy from Boyz, whose presence is completely pointless. I think it's safe to say that this is Eason Chan's best performance - not, perhaps, saying much, but he is really good here in a serious role.

I normally hate "movie romance" - that sappy "love conquers all" message that film-makers have been shoving down our throats for decades, and which bears little or no relation to real life. LOVE BATTLEFIELD impresses because it presents a realistic vision of love, and one that is many more times more powerful than anything in a romantic comedy. Love is tough!

I thought the cinematography, lighting and editing were all of high calibre, and the soundtrack particularly good. Cheang Pou-Soi is a director who really knows what he' doing, and the technical and artistic aspects of the film are top notch. In short, any faults I can throw at the film are minor, and hardly worth mentioning compared to its merits. For me, this is the No. 1 HK film of 2004.