Directed by
Genre
Solid rom-com in the Milkyway formula 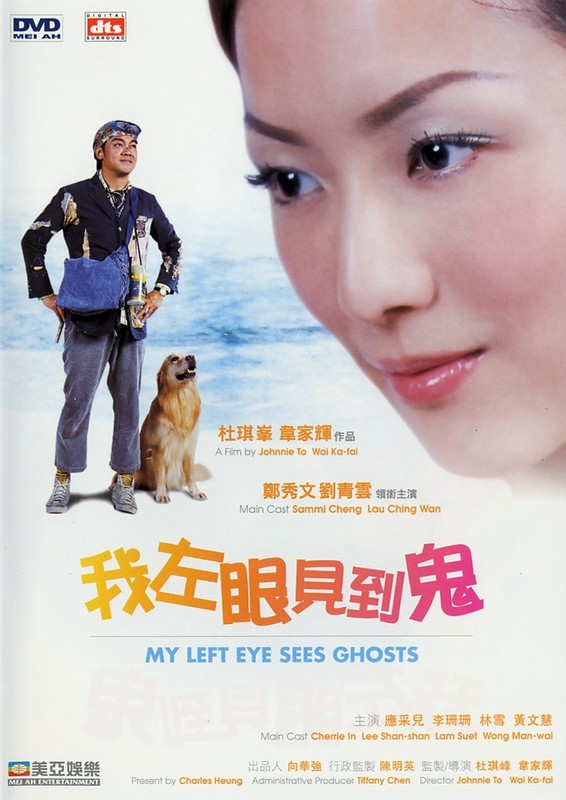 Since SIXTH SENSE, every man and his dog seems to be able to see ghosts in Hong Kong. This time around it's Sammi Cheng's turn, under the direction of Johnnie To and Wai Ka-Fai. The Milkyway team are playing it for laughs rather than scares though - it's basically a romantic comedy in disguise, that also has a message to deliver about loss and grief and other less comedic aspects of life.

The movie pitches you into the plot at the deep end, spending very little time setting things up. Before you really know what's going on, Sammi is in a car crash that injures her optic nerve and produces the ghost-seeing left eye. The first ghost she sees is Lau Ching-Wan, who was apparently in her class at elementary school and now wants to be her protector after death.

The two leads have a good chemistry together, and clearly had a lot of fun making the movie. The atmosphere is reminiscent of Fat Choi Spirit, where nobody is taking their work too seriously and Lau Ching-Wan in particular just lets himself run free. Sammi gives her complex character quite a lot of depth, but also lets herself be stupid and embarrassing when the need arises.

The thing that makes Johnnie To & Wai Ka-Fai's movies stand out from the crowd in recent HK movies is simply that they seem so much more intelligent than their contemporaries. The film is quite simple, but deftly woven and full of detail. More than anybody else making movies in Hong Kong right now, you really get the impression that these two know what they're doing. RUNNING OUT OF TIME 2 & FULLTIME KILLER being exceptions of course.

There's probably a formula in the Milkyway + Sammi Cheng collaborations since the success of Needing You, but it's dressed up sufficiently differently each time that you don't notice it. The same range of emotions is represented here, but with a different message to tell and different ways to tell it. Probably not a life changing experience for the audience, but a better made movie than most that will play on HK screens in 2002.