Directed by
Beautiful but perhaps a little boring 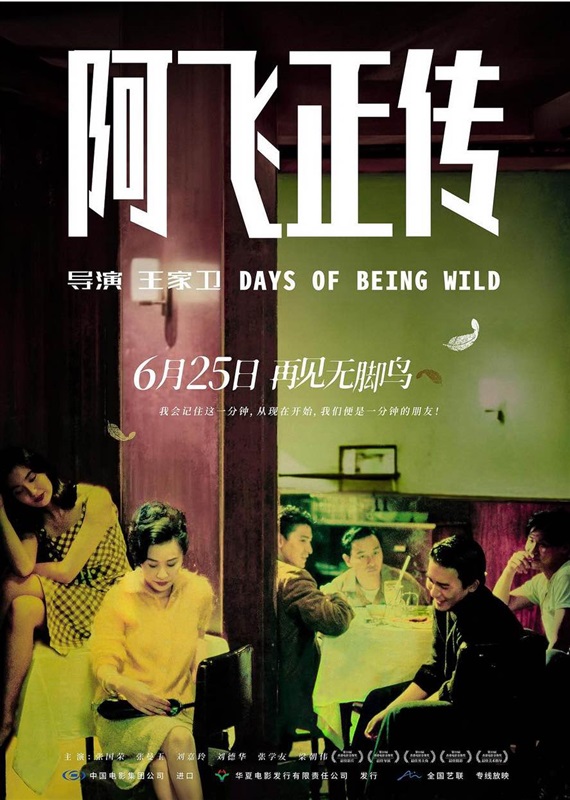 Wong Kar Wai's second film as director is a cross between a French art film and a Jerry Springer episode ("rich playboys and the women that love them"), though it's noticably more art film than Springer show on reflection :p

Leslie Cheung plays York, adopted at birth with his upbringing paid for by his parents on the condition that he never learn their identities or be allowed to complicate their lives. The money is enough to ensure that he has never had to work, and he goes through life casually complicating the lives of those around him. Whether this is because of his frustration at not knowing his parents, or just to add spice to a life that's too easy, or just because he's cruel by nature is something the film never tries to answer. It just follows a period of his life, and the lives of those that get caught up in his wake during that period - primarily Maggie Cheung and Carina Lau, whom he casually seduces and discards.

DOBW was the first collaboration between Wong Kar Wai and Christopher Doyle, one of the most influential pairings in cinematic history. The film is less flashy than some of their later work together, but still visually very striking. The colour scheme is muted throughout, capturing the oppressive feel of a tropical summer in the early 60's (I imagine) and even more attentively capturing the performances of the lead actors in every minute detail. Wong and Doyle bring out the kind of performances from the actors that careers are made by and awards are definitely won for, with Leslie Cheung deservedly getting the lion's share of camera-loving for his brilliant depiction of the casually cruel, arrogant and emotionally barren York. One of the things I like about HK cinema is that actors aren't so badly typecast as in Hollywood, and get the chance to try all sorts of characters and genres. It's only in films like this and FAREWELL MY CONCUBINE that Leslie's real talent as an actor shines through though. Wong and Doyle also have the knack of making their cast look especially beautiful, and Leslie has never looked finer than he does here - in fact it's hard to imagine any man better deserving the label "beautiful" than Leslie does in DOBW. It's easy to see why women fall for him.

DOBW is a hard film to analyse thematically, but this does seem to be a requirement for a Wong Kar Wai film. A recurring motif is one of clocks, the ticking of time, and this is surely one of the main themes in the film, but I can't say I really understand what Wong wishes to tell us about time in the film... that time marches ever onwards and we should adapt and move on with it, not try to preserve a moment or reclaim the past? Maybe, but it's a bit of a stretch to read this into the film, and he may not have had anything so contrite in mind.

Days Of Being Wild is a hard film to pin down to anything simple or concise - certainly nothing neat like a genre, which is one of its strengths. Like it's characters, it's not a simple beast and it keeps its feelings close to its breast. We're allowed to watch and take from the experience what we will, but it's not going to invite us in for coffee and a Q&A session at the end. Some may find it infuriating as a result, though in truth it's more likely to earn the criticism "boring" (and I couldn't really argue with that myself).

Boring or not, the film is undeniably beautiful and unquestionably important in the development of world cinema in the 90's - especially in Hong Kong, where I think many film-makers were forced to ask some questions about their own work after seeing what Wong Kar Wai was doing.