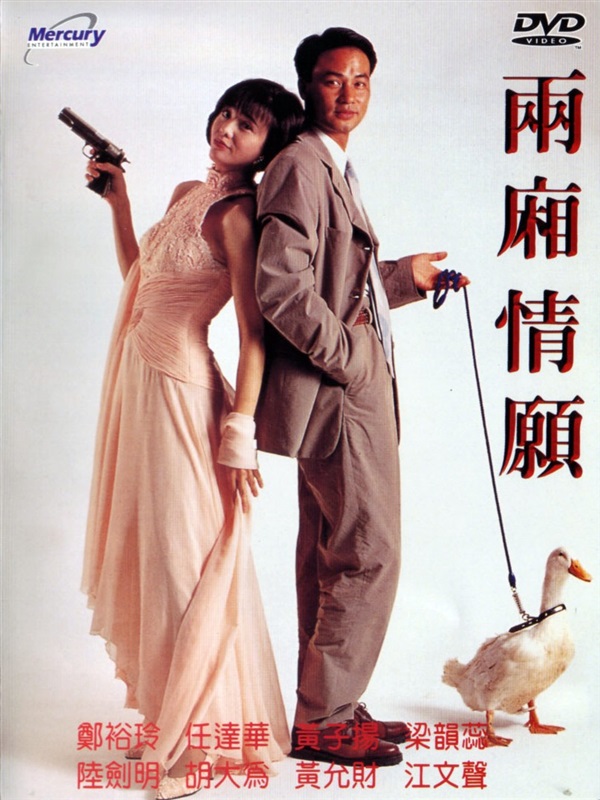 Simon Yam is a professional killer who needs a place to lie low for a while, so he rents an upstairs room in a small rural village. The floor below is home to a prim and proper school teacher (Carol Cheng) who gets the impression Yam is a gigolo, and does not approve.

A job turned sour causes our killer to renounce his occupation, and the charms of a simple country life with a straightforward country woman start to appeal. But an ambitious young killer wants to prove that he is the new no. 1 in town.

I can't remember how I ended up with this film, it was either a random Chinatown purchase or something to bulk out a trade. I suspected it was going to be mediocre, but that didn't worry me too much in the days when I watched a lot more films. I don't know why after 15 years or so I suddenly decided tonight was the night though.

Even with low expectations the film managed to disappoint, it's a mystery who thought this was a good idea. Well, since Jamie Luk's name is on it as writer and director I guess it's not a total mystery, but how he convinced anybody else remains obscure.

I like Jamie Luk as an actor but he's never been a great director - though Robotrix at least manages to achieve the level of entertainingly trashy.

THE KILLER'S LOVE is a tedious affair, offering one of the least convincing versions of the romantic comedy formula I can remember seeing. The attraction of these two opposites never seems at all plausible.

There's a subplot in which Jamie Luk is running for a local government position against a sleazy school supervisor that takes up far more of the film than seems justifiable, and which leads to another romance that is barely more plausible than the central coupling. 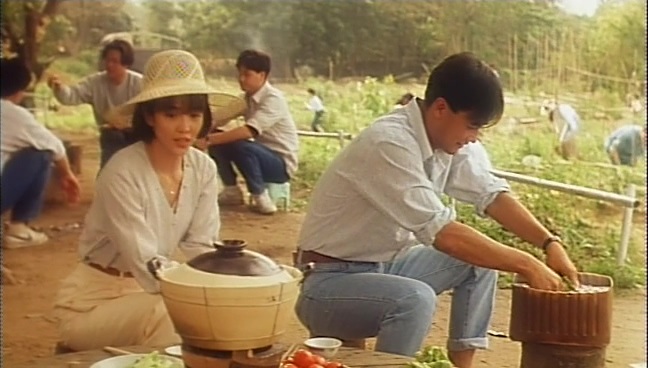 Slightly more convincing is the film's attempt to sell the charms of life in a small rural village, growing your own food and knowing all your neighbours. You can kind of understand why the bucolic scenery and general lack of pretension might win a jaded assassin over.

Jamie Luk also gets a credit as Action Director, but there isn't a lot of action to justify it. There's basically two assassinations which amount to little more than Simon Yam pulling off Chow Yun-Fat poses whilst dual wielding pistols, and a couple of small fights that can't have taken more than an afternoon to film.

The only other redeeming feature I can think of is that the film is relatively short. I suppose I made it to the end so it can't have actively annoyed me, but there's no reason anybody should make even the slightest effort to seek it out.