Directed by
9/10 - Solid debut from one of cinema's masters 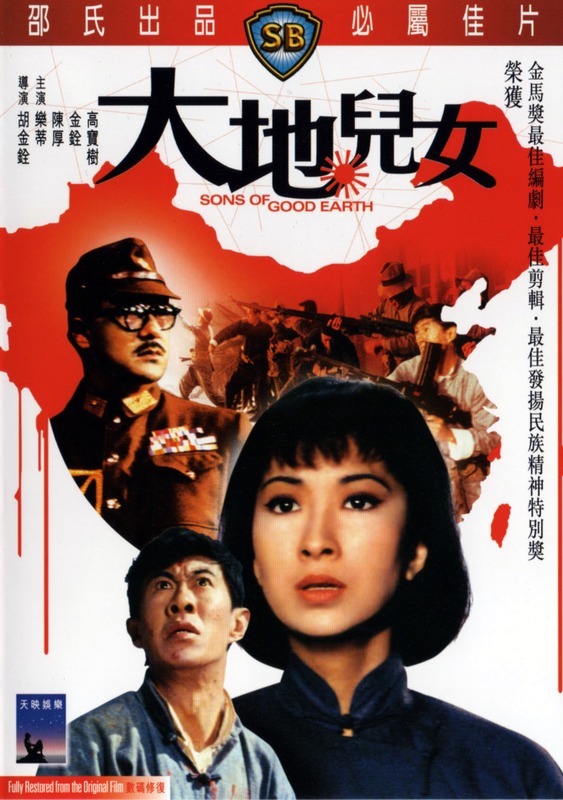 King Hu's directorial debut is a stirring tale of Chinese patriots resisting the brutal Japanese occupation from 1938-1945, and a nice little love story, and a strong human drama.

Peter Chen Ho plays Ju Rui, a painter in a small, poor village. He meets He Hua (played by his real-life wife Betty Loh Tih) when she escapes from the town brothel, and takes her in. Gradually, feelings develop between the shy couple. But then the Japanese army rolls into town, and life for all around changes dramatically - as does the tone of the film (well, not "dramatically" in that case). Gradually we become aware that there is a resistance movement amongst the populace, and the final act takes the film in yet another direction - becoming surprisingly action-packed!

King Hu is best known for his genre defining and busting wu xia films, which began the following year with Come Drink With Me. It's his rare gift for characterisation, narrative structure and visual story-telling that made his wu xia pian so impressive - well, and his visionary filming of martial arts sequences. It's obvious that the other skills should transcend genre, but I wasn't sure whether he would have developed them by the time he made his first film. I'm happy to report that although not as refined as it would become over the next few years, his talent is definitely apparent in SONS OF GOOD EARTH.

The story is well told, the characters memorable and (somewhat) complex, and the production values impressively high (apart from a few too many shots that aren't properly in focus!). What starts off as quite a light and warm comedy becomes something much deeper and darker, with the three act structure building a world for the inhabitants, bringing it crashing down, and finally giving them a chance to fight to rebuild it. The film won a special award for "promotion of ethnic spirit", which is to say it's quite nationalistic, but even the Japanese characters are better developed than they would be in most directors' work.

One of the things that makes the film interesting is that it gives the stars a chance to play against type... Peter Chen Ho was an idol for his roles in comedies and musicals, and Betty Loh Tih was one of the major stars of Huangmei Opera. Both are challenged with characters and scenes that are (I think) quite different to anything they had done before - but under King Hu's guidance, both do a fine job.

The final act was for me the most surprising. I don't generally watch war films, but it seemed to me that the battles here were rather more intense than would have been the case in most war films of the time. They don't have the grace and magic of King Hu's martial arts battles, but the staging of the gunplay seemed very well thought out and executed... and were certainly exciting. Almost made me want to watch more war films in fact :)

If it wasn't for King Hu's name, SONS OF GOOD EARTH is probably not a film I would have thought about watching, but I definitely wanted to see what his debut film was like. It's nothing like COME DRINK WITH ME, but it's still a great film. Not being familiar with many other films of the genre(s) from this period, I can't really say how it compares with them or whether another writer/director could have carried the story off so well... I find it unlikely, though. Since the film did win several awards (though not "Best Director"), I think it's definitely safe to assume it's amongst the cream of the crop.