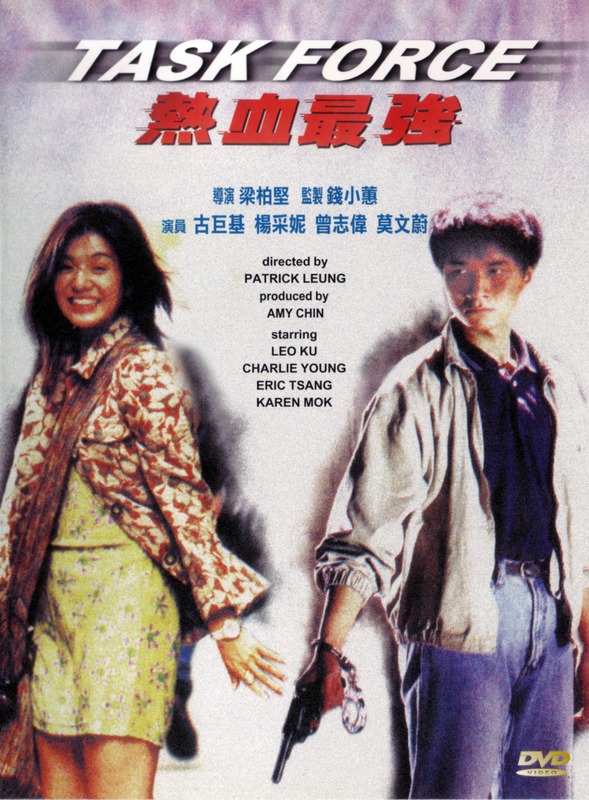 Wow. Just finished watching this, and it blew my socks off. A real hidden gem - why did such a masterful film get saddled with such an inane and barely relevant title? This is one of the best films I've seen this year.

Patrick Leung directs again, and directs brilliantly. I'm inclined to compare it to Fallen Angels, partly because Charlie Yeung appears to have moved into Leon Lai's flat when he vacated it, but also because of the focus on characters with their idiosyncracies, and the proliferance of thought provoking internal monologues. It's a much less arty film than FALLEN ANGELS though, but no less intelligent. A little more upbeat too. It's certainly not an SDU film, whatever the title implies, though the few action scenes choreographed by Chin Kar-Lok are top notch (the filming of them particularly makes one wonder how much of Woo's classic scenes had Patrick Leung behind them).

The script is superb - moving and funny and very smart. A little bit revisionist, it tricks your expectations on many occasions. The performances are great - Leo Koo as the cop, Karen Mok as his partner, Eric Tsang as the sergeant Lulu, Alan Mo as the super-cool killer, whoever the hell it was that played the scar-faced triad and what looked like Chin Kar-Lok as the robber. All great. But Charlie Yeung stole the show as the compulsive liar hooker with a child's heart. I had to give it a little standing ovation at the end, even though I was the only person around. I don't do that often!

If you don't get this one you're a damn fool and a sucker, as Mr T. would doubtless opine.