Directed by
7/10 - More interesting than enjoyable 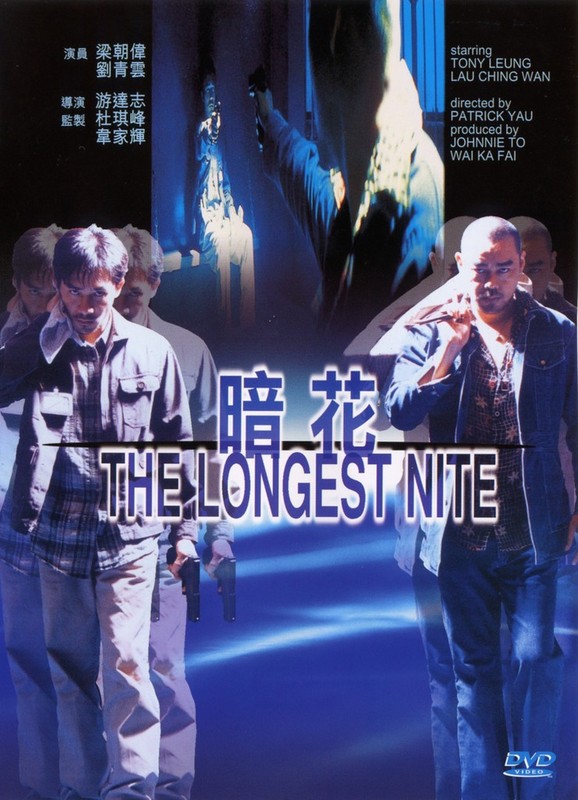 Tony Leung Chiu-Wai plays a cop who gets caught in the middle of a power struggle between rival Macau gangs, with Lau Ching-Wan as an enigmatic agent whose allegiances (if any) are unclear. The Longest Nite is set in a Macau dominated by gangsters, with the cops pretty much just another gang themselves... in fact it comes as quite a surprise when we realise that Tony is in fact meant to be upholding the law. It is the first surprise of many, as few people in the film are really what they seem, and the spider's web of events takes quite a while to reveal its structure.

Quite an ambitious and intelligent film, TLN suffers a little from the lack of a clear story in the first half of the film - although eventually we find out where it is leading, for a significant part of the running time it is difficult to develop a significant attachment to the characters or their story, because we simply don't know enough - we are just spectators to a series of events whose significance is unclear. This results in a film that keeps the viewer at arm's length, to be appreciated more intellectually and aesthetically than emotionally. Perhaps this is deliberate, since the main characters appear to be very emotionless themselves.

The film does satisfy aesthetically, at least, thanks to some excellent and atmospheric cinematography. A scene in a jail cell with impossibly large dust particles swirling in the shafts of light is particularly impressive. I was less impressed with the soundtrack to the film, which often seems out of place - the tone of the music does not seem to match the tone of the scene. I usually like Raymond Wong's work a lot, so I wonder if this was deliberate instruction from the director.

Speaking of "the director", although Patrick Yau officially has that title, internet folklore has it that Johnnie To was not satisfied with his work and took over the director's chair at some point in the production. Certainly there are scenes which are highly consistent with this theory, perhaps the majority.

Although it is an interesting and stylish film, the lack of real emotional involvement meant that I didn't especially "enjoy" watching it - there's only so far that intellect and aesthetics can carry a piece of cinema, or so it seems to me these days. Still worth a watch, but not as enjoyable (to me) as other Milkyway Image productions of the era such as The Mission and A Hero Never Dies.