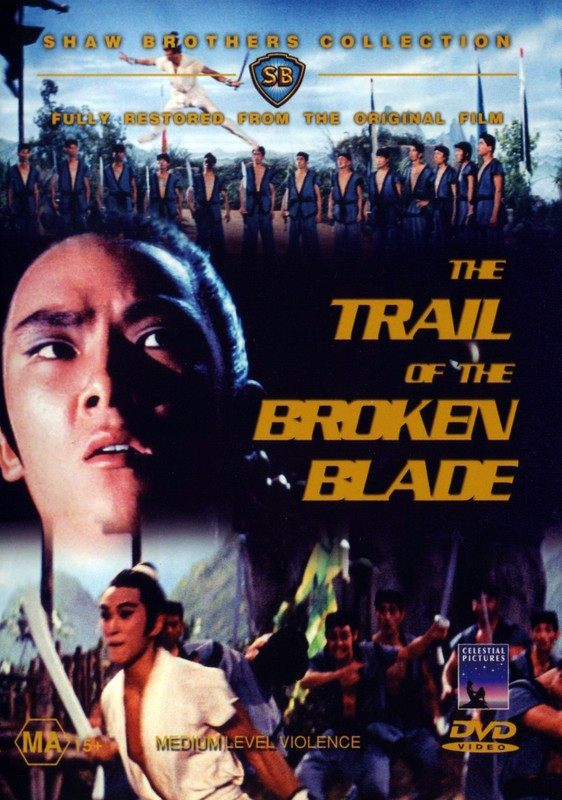 Jimmy Wang Yu's dad is framed by a dastardly minister and killed, so young Jimmy takes revenge in a deadly fashion. This gets his name on wanted posters all over the country, so he has to go into hiding and grow a little beard (which he suits, and makes him look rather more manly than usual). However, this means leaving behind his childhood sweetheart. A heroic swordsman agrees to search for Jimmy, despite rather fancying the young lady himself. He meets a young man on his search and the two instantly become great friends - wouldn't it be funny if this was the very guy he was looking for? But "Life wouldn't be so dramatic"... surely?

This early swordplay film was written and directed by Chang Cheh, and it has given me reason to re-evaluate my opinion about his talents. The film is well written and directed, and easily one of the best swordplay films of its time. The story is rich and full of strong moral themes and emotions, with characters that are well fleshed out and mostly believable. There are some extraodinary coincidences driving the plot, of course... one might be forgiven for thinking there were only a few dozen people in China at the time the film was set in.

Jimmy Wang Yu has quite a few detractors, but I have to admit I've liked him in all the films I've seen him in so far. He does look like he might be constipated throughout this film, but this expression fits his character's troubled situtation. The supporting cast all do a good job, especially Chen Hung-Lieh as the main villain.

The action is... not bad. Well, it gets better as the film goes on anyway. The early scenes feature some of the worst wirework I've ever seen, but some of the later battles are well staged and filmed, though still rather dated and mostly of the 'waving a sword in your general direction' school of fighting. A show-down in a casino seems like an ode to Golden Swallow's first scene in Come Drink With Me, and King Hu's touch can definitely be felt in the way the fight scenes are filmed - Chang Cheh hadn't started experimenting with his own signature styles so much by this point, I guess (though quite a few minions get to squirt blood and die over-dramatically... just not in slow motion).